We often find ourselves annoyed with the female depictures in BL dramas, some of them intrusive, whilst others are unnecessary. But there were a few female characters who smashed these preconceived notions with their strong portrayals of honest love and convictions. In today’s feature, we will be talking about such influential female ladies who left a deep impression on our hearts!

There are a multitude of strong female characters in BLs, but in an effort to keep this list at a decent length, I am focusing on the characters who left the deepest impression on me.

Portrayed by actress Song Ji Oh, Choi Yu Na is the quirky, straightforward best friend of Semantic Error’s Jang Jae Young. Not only does she support the two main leads by helping them understand each other, but she is also an openly bisexual character who proudly represents her sexuality.

Portrayed by actress Sato Ryo, Fujisaki Nozomi is the colleague of leads Adachi and Kurosawa. Not only is she an ally and supportive friend, but she is also a strong female role model. Rather than needing a relationship to define her, she finds happiness in her career.

Portrayed by actress Fujino Ryoko, Mieko is the quiet, socially awkward best friend of the main lead, Makio. Although she’s a controversial character for some, having ultimately ended up with Makio’s ex-boyfriend, Eiji, she is also one of the strongest female allies in a BL. Offering to become the surrogate mother of Makio and Eiji’s child in hopes that it would keep them together, she cements her place as one of my favorite BL ladies despite the pain it brings them all in the end.

Portrayed by actress Jum Amata Piyavanich, Ayan’s mother in the Thai BL, The Eclipse, is a strong woman who puts her son’s feelings first, even if it means allowing him to transfer schools to seek the justice he wants to pursue. Her main concern is her son’s happiness, including supporting anyone he loves. 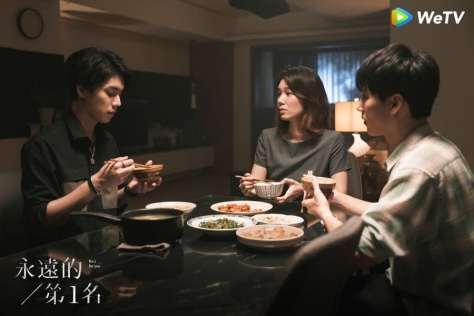 Portrayed by actress Helena Hsu, Shi De’s mother completely supports anything that makes her son happy. She’s a beautiful example of loving rather than owning a child. 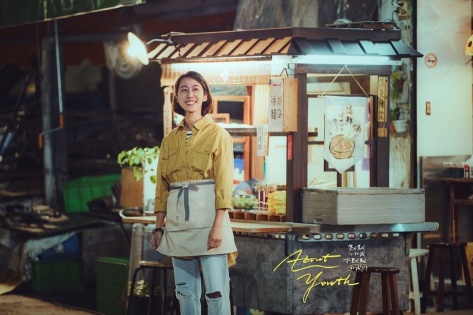 Portrayed by actress Winnie Chang, Xu Qi Zhang’s mother is yet another example of the strength of a mother’s love and the positive influence it can have when a mother gently guides but doesn’t make her child’s choices for him.

BL dramas have an undeniable crop of talented actresses, with most of them playing the best friend of the primary or side couples.

I have two that are my all-time favorites and for a good reason. They are talented, funny and make the “Best Friend Forever”. Let’s talk about them!

Sammy has been there from the beginning, starting with Love by Chance, where she played Bow, Ae’s friend, a staunch supporter of Ae and Pete’s relationship. From there I watched her blossom as she has played active roles in so many BLs and also acted in her own GL (7 Project). Her talent is beyond comparison and her comic timings are incomparable. She mostly plays the best friend character who always supports her friend’s love choices. She is funny, sweet, kind, and extremely talented. She has been a part of some of my favorite series like Until We Meet Again, Star and Sky in my mind, Love by Chance 2, 2 Moons 2, Love Sick 1 and 2, and My Gear your Gown. Also, she will be reprising her role in the upcoming Thai BL Between Us and I’m hoping that she will have her own love interest in the sequel. Towards the end of UWMA, they did leave that option open. I adore her so much and I actively follow her on social media. 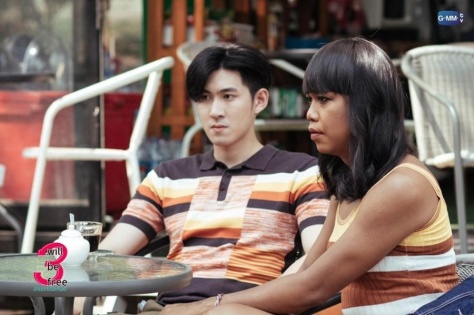 Jennie is such a vibrant person and I adore her personality. She is bubbly, sweet, funny, and charming. I first saw her in 3 Will Be Free where she played Mae. The show was very memorable and especially because of the character that Jennie played. She was also cast in The Shipper (the only series I did not watch ) but I did look for scenes with her in it so I could appreciate her talent. I saw her again in Still 2gether, and she was her beautiful self in this series wanting to see Tine and Sarawat kiss, just as much as I did. I could totally imagine watching BLs with Jennie and screaming when they finally kiss. She is just like a breath of fresh air and In a huge fan!

I admire these two ladies for who they are. Both are extremely talented. They are not afraid to be who they are and speak openly. They do not hide in a society where sometimes being different, as it is called, can be frowned upon. I would have both of them as my BFF any day and will be extremely proud to call them friends. These two are favorite ladies in BL. There are other actresses as well, but these two stand out so much to me. I will love and support them always!

One thought on “Favorite BL Lady”