How often have you compared your own life experiences with the travesties encountered by your favorite characters?

It might sound coincidental, but at times we find ourselves faced with glaring realities that are astoundingly similar to the happenings in our life. The jarring similarities resonate and make us empathize with the characters, as they are subjected to the same pain and confusion. We co-relate with their grief and understand their predicament. We are elated when they are happy and their sadness pierces through our heart. In today’s feature, our authors will be talking about the correlation with their favorite BL characters!

Oh-Aew, I Promised You The Moon 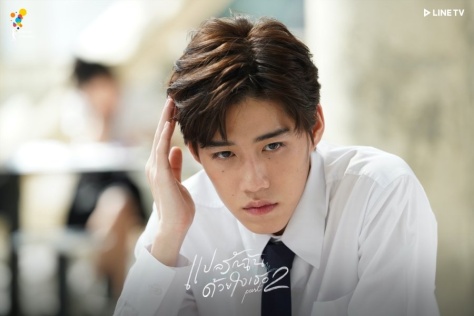 Oh Aew reminds me of the Pheonix- fiery red, wildly independent and soaring high in the sky!

Oh Aew (PP Krit) is one of those characters that will forever leave an imprint on your mindset. He is kind, caring, loves without expectations and is fiercely loyal. He has innate strength that will instantly draw your attention and leave you mesmerized. While he isn’t entirely naive, Oh Aew has a strong disposition- most of his traits evoke powerful remembrances and you can’t help but fall for his compassionate nature. While he does have his weaknesses, Oh Aew never folds or falls prey to negative emotions. While I loved watching him come to terms with his sexuality in “I Told You About The Sunset”; I fell in love with his mature personality in “I Promised You The Moon”. Oh Aew is that friend you would always want in your corner, the lover who would always stand guard by your side. In short, you are lucky if someday you find your own Oh-Aew! 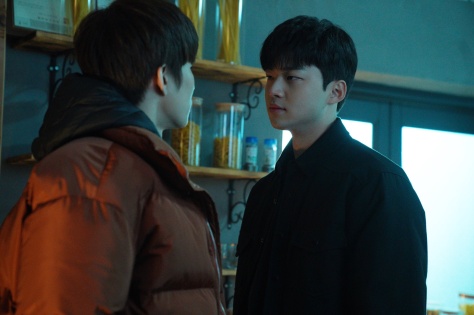 Han Ji Woo might be the inconsequential villain, but why is he so?

Everyone waited with bated breaths for the premiere of this season and while the pain was expected; no one thought it would be this hurtful. At the epicenter of this cyclone is Han Ji Woo (Kim Kang Min)- currently the most unforgivable character in the Korean BL history. The second season mainly focuses on his paranoia- Ji Woo wasn’t exactly forthcoming about his feelings in the prequel and now the situation is even worse. His inability to communicate might stem from a hundred different reasons- What happened when he was a child? Is he afraid of his own sexuality, ashamed or just incapable of loving anyone sincerely? Ji Woo has built huge walls around himself and he guards his heart like it might crumple at the slightest touch of love. In plain words, he is fighting a losing battle; he loves Seo Joon but is also scared. Seo Joon keeps pushing through his boundaries and Ji Woo can’t help but lash out (hoping that Seo Joon would give up on him and their taxing relationship). The only thing holding them together is Seo Joon’s immense patience and his immeasurable love for Ji Woo. When you love someone, you try to protect them. Ji Woo is trying to do the same, even though his methods seem unexplainably cruel. 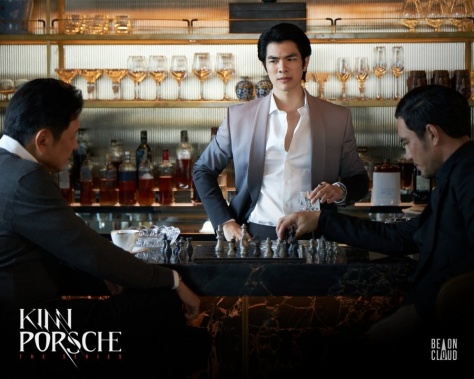 When you have been placed at the pedestal, it’s difficult to step down

Kinn (Mile Phakpum), the current heartthrob, mafia boss and an indefinitely lost soul. While most people relate to Porsche’s sunny disposition, I finding myself correlating to Kinn’s reserved personality. When you have been hurt repeatedly, trust becomes a fickle emotion, and you doubt everyone. Majorly misunderstood, Kinn fiercely guards his heart, doesn’t tolerate insolence, and is hugely pessimistic. A total contrast to Porsche and yet they fall in love. KinnPorsche majorly portrays his prejudices because Kinn repeatedly questions Porsche’s feelings and loyalty. He has major trust issues, and that’s what sets this character apart. He isn’t scared of falling in love; he is just afraid of trusting the person he loves. 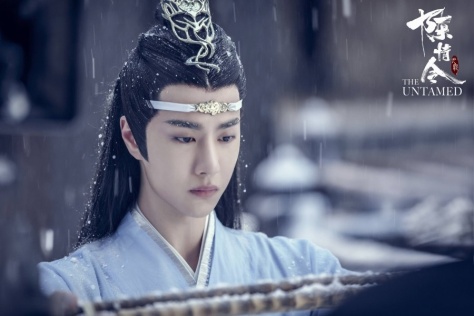 Sixteen years is a long time to love someone. Only Lan Wanji could be that faithful!

I have a soft spot for stoic, reserved characters. They are incapable of communicating their feelings and are majorly misunderstood; but their fierce loyalty will tug at your heartstrings and make you fall in love (Totally understand Wei Wuxian’s predicament). Lan Wanji (Wang Yibo) is one such character. He is unusually calm, disciplined, self-righteous, and intense. His complex nature is mostly driven by his childhood trauma and as such, he can’t stand indiscipline. Yet when he falls in love, LWJ is immeasurably loyal and protective. Although their love story is anticlimactic; it doesn’t stop LWJ from loving Wei Wuxian, despite his abundant flaws. He patiently waits for WWX’s return and once reunited, he zealously protects Wei Wuxian as they fight the world.

As someone who has never really felt romantic attraction of the intensity that is common in romance series, I was scratching my head over what exactly I could relate to with BL characters. Despite loving, or at least liking, most of the series I’ve watched till now, I haven’t related as much to the relationship aspects as I have to the characters as individuals, whether it be their chaotic or vulnerable sides.

In my wildest daydreams, I have wondered what it would be like if I were to be suddenly transported to another world? How would I react? Would I be able to convincingly act as if I belonged to save my hide? What would be the consequences of everything? Shen Qingqiu, out of all the isekai/transmigration plots I’ve seen comes the closest to my own feelings with the way he handles his transmigration. Outwardly, he is the calm, composed shizun to Luo Binghe, but internally, he is an utterly chaotic millennial reacting to everything the way utterly chaotic millennials often tend to do. I would probably take inspiration from him, just in case I were to suddenly get transported to a different world.

I tend to gravitate towards characters with a gap more. There’s just something about the dynamic of a seemingly Gary Sue character who is revealed to be a punk instead (until he turns into a tsundere for the one he loves of course) that gets to me. Fukuhara’s alternating behaviour, wherein he shifts from the sweet guy appearance to a tiny ball full of rage behind the scenes, is used for kicks in the show, but I relate to him trying to hide his true personality because of not being accepted for who you are.

Shin Da On (Light On Me)

I was definitely not rooting for Tae Kyung to end up with Da On, not only because I was rooting for Shin Woo but also because they would have ended up in an unhealthy relationship. Da On was having trouble processing his sexuality because of his upbringing, which led to internalised homophobia from his part that affected his budding feelings for Tae Kyung. While I don’t condone his actions, I do understand the struggle of being a young queer person who is raised in a way that teaches him to feel different from what he does. He had a lot of maturing to do at the point the show left off, but because I related to his struggles so much, I wished he found his own happy ending some time in the future.

Korn is the character I relate to the most in the entire BL universe. On the surface he looks like a muscled, fun-loving guy but he is filled with layers. Insecure, oversensitive, and prone to assumptions that literally sound irrational. He is fallible and humane, which I totally relate to. The way he jumps to conclusions can be hilarious or disastrous depending on the situation or individuals involved. At times, I too get super emotional because of my preconceived notions. I love love love the way he apologizes, never too grand of a gesture, but the cute mewling voice and the way he says “Knock knock knock” is just so endearing!