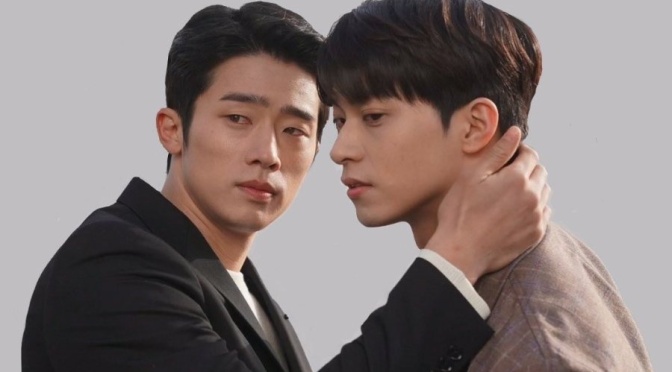 The first thing I think of when I see South Korea mentioned is phenomenal, emotional storytelling. From their dramas to their movies to their music, South Korean artists, writers, musicians, and producers have a way of painting a colorful, well-developed picture that draws their audiences in.

For years, I have been utterly satisfied by Korean dramas, so it is no surprise that their recent mainstream foray into the BL genre has left me just as pleased.

South Korea isn’t a stranger to gay romances. As far back as 1972, movies like The Pollen of Flower delved into same-sex relationships, and recent films such as Long Time No See and Method left their marks before the current surge in Korean BL minidramas. However, the difference between these releases and the ongoing web dramas—Where Your Eyes Linger, Mr. Heart, Color Rush, Wish You, To My Star, and You Make me Dance—is accessibility, especially international access. There has been a slow but noticeable progression in how gay storylines are introduced and dealt with in Korean films and dramas. From the obscure, hard-to-find films to the prominent inclusion of LGBTQ+ storylines in internationally released projects such as Love With Flaws, Itaewon Class, Record of Youth, She Would Never Know, and Sweet Munchies, gay romance has gained a promising foothold in the South Korean industry.

This progression brings us to the current trend in South Korean BL web dramas. One of my biggest pet peeves is when someone says, “This paved the way.” If you spend any time on social media, you are no stranger to this “paving” terminology, and while I have no issue with the phrase itself, it’s what it stands for and how it’s misused that bothers me. The fight for the inclusion of gay storylines began long before South Korea started releasing Boy’s Love minidramas. Technically, older films and dramas set the first stones in the road to recent releases. Unlike the current projects, these past films and dramas dealt with stigmas that today’s society is attempting to shatter. Therefore, rather than saying these South Korean BL minidramas paved the way, I would instead say they brought a profound international interest into a genre that isn’t as well-known or as discussed in South Korea as it is in other Asian industries. Korean BL minidramas are drawing in younger audiences with lighter storylines than their dramatic predecessors, encouraging a fierce social media trend highlighting gay romances in South Korea. Why is this important? Because it is a turning point. While past projects included LGBTQ+ storylines and started the journey for its inclusion in media, the current minidramas are throwing these storylines into the limelight. All good books, films, and series have a turning point when the story becomes noticeably different, and the characters inside these stories make more significant, more impressive decisions. Korean BL minidramas are this turning point.

These are the terms that come to mind regarding the influx of South Korean BL web dramas. Backed by the high-quality cinematography and skilled acting South Korea is known for, these dramas offer delectable bite-sized, same-sex love stories that are satisfying and endearing. They leave a lasting impression, something that isn’t easy to do in ten-minute episodic increments. Well-formulated short dramas are something South Korea is known for, and these BL dramas are no different. They are easy-to-digest yet emotionally appealing love stories that draw attention to the BL genre in South Korea. I applaud them for that. Which brings me to something else South Korea is known for: its formula. Specific dramatic formulas and tropes tend to get re-used quite frequently in their dramas, yet they never seem to get old. When a formula works, there is no need to change it, right?

When the first mainstream Korean BL, Where Your Eyes Linger, released on international streaming sites, the world gasped. Everything from the storytelling to the sexual chemistry was superb. There was a main character dealing with personal struggles and one dealing with emotional struggles. Overcoming both, they came together in a profound way that left viewers reeling. And they even kissed.

The Korean BLs that dropped after Where Your Eyes Linger developed a similar formula because of its success. Short, succinct stories showcasing personal struggle versus emotional struggle. Like with Where Your Eyes Linger, one male lead is expressive but in pain, while the second male lead is closed-off and confused. Viewers tend to get more background information on the expressive male lead while the other male lead spends the drama shedding his emotional walls to discover his dreams.

Where Your Eyes Linger

You Make Me Dance

All of these bite-sized dramas deliver an emotional versus personal struggle storyline that leaves an impression. All while giving us fantastic chemistry and escalating physical intimacy. To My Star, in particular, set a new standard for intimacy by showcasing its leads in a domestic and relatable way. However, turning points have a deadline. While South Korean BL minidramas are a turning point in the BL drama trend, they have to begin growing to set the foundation for a much larger stage. The problem with bite-sized stories is that viewers have a voracious appetite. Like at any fine dining experience, only so many appetizers can be offered before diners begin demanding the main course. After a year of appetizers, the demand for full-length, well-rounded South Korean BLs is strong. Now is the time to move forward rather than become bogged down in a formula-laden turning point that never goes anywhere.

At first, the satisfaction was absolute. Now, the problems in these South Korean minidramas are slowly becoming glaringly obvious. Despite the beautiful cinematography, acting, and chemistry, there is a sense of unfulfillment bleeding into the viewing masses. Plot holes are forming. Abrupt endings after a quick resolution are becoming apparent. South Korea is progressing. Gay romances have moved from obscurity to mainstream secondary plot points to mainstream focal points. Now, we are at a turning point. I just hope that the South Korean BLs don’t get stuck inside their own turning point. Viewers are paying attention. The demand is there. The foundation is set.