It is indeed a turn of events!

If I had to condense all I could say about the entire series, this would do.

Hello everyone! I’ve returned as promised. Since the Self Series finished a week ago, a lot of events in this series have changed. If you read my initial impression, you would know that I find it amazing how they inject a hint of suspense into some of the situations, which I believe keeps the narrative intriguing. So, those who are interested in Self Series should know that it is a miniseries with an intriguing plot. The cast consisted of Neo (Triton Teeradet) and Tang (Zen Burapa). Tang sees someone else’s reflection in the mirror instead of his own, who turns out to be Neo, and here is where the dispute begins. There are allegations afloat that Neo killed his senior, Foei, and many around him firmly believe that he is the murderer. Neo, however, vehemently refutes the accusations and consistently maintains that he did not murder Foei. He consequently receives several hateful remarks and even death threats. Neo encounters Tang in the midst of this helpless situation, and Tang ends up looking for him to find out why he keeps seeing Neo’s reflection rather than him. 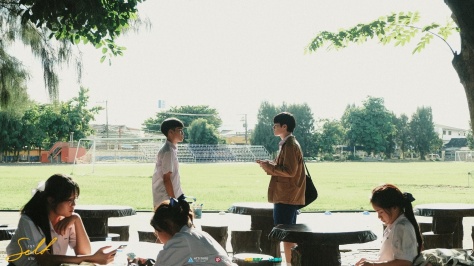 After watching these suspenseful interludes, I finally understood what the true plot of this show was. I have theories in mind that as I mentioned in my initial impressions, I believe they would be sufficient to answer the problems I have. The one theory that stood out was that Neo did not murder Foei. I’ve previously previewed a few series with a relative theme, and there’s always another side to every event. The fact that Foei is serious about Neo was also a surprise to me, therefore I suppose the story illustrates the possibilities of love. I feel bad for Foei because he loved deeply but did not receive the same love in return. But I also completely understand Neo because I truly believe that he did not have that same feeling when he was with Foei and instead only saw him as a brother. This reality is however, unacceptable to Foei, and he refuses to accept the end of his one-sided love. Instead, he set up a meeting with Neo on a deserted building’s rooftop, and something unbelievable occurs. To understand what I mean by “a turn of events,” you must watch this show.

I also want to draw attention to several instances in the series when the plot seems to veer off into what I assume is a scenario that is being sped up. I’m referring to the scene where Neo confronts the real person who had sent him death threats and set up a phony account to win the fans’ compassion. After just a few conversations with the person, Neo is promptly pardoned (without any intense struggles or more heated arguments). 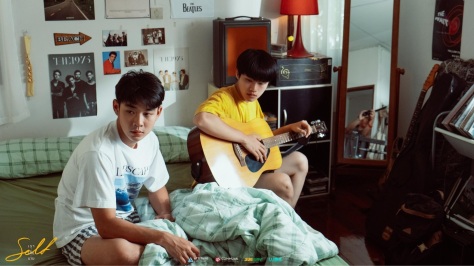 Despite the fact that there aren’t many romantic scenes in the series, I’m still satisfied overall; because I believe the plot was effectively rendered. It somewhat met my expectations, but not in a way that exceeded them. Conceptually, I completely see why it is called “Self,” since they both have their own challenges to overcome. That name symbolizes their courage and resolve to overcome these issues by believing in what they are capable of doing. I admire how Tang handles the circumstances in the series; I can’t fathom having to deal with the kind of issue he had, but thanks to his belief in Neo and conviction that he did nothing wrong, everything works out. While Neo is prone to depressions and anxiety in real life, I am still in awe at how he was able to carry the weight of the world on his shoulders. However, I suppose his tenacious nature and belief in himself that he did not do such a heinous crime keeps the flame of hope alive. Tang and Neo have the same high school teenage chemistry as any other couple because they are both exploring their own curiosities. If there is a second part in the series, it should, like any good love story, centered around the band and Tang and Neo’s romance.