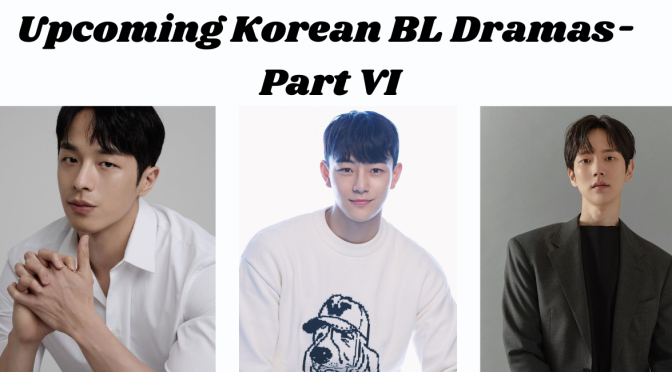 After a bit of a break, we’re finally getting more KBLs! I’m pretty excited about the new ones because they look really promising.

Come Back to Me Again/Once Again 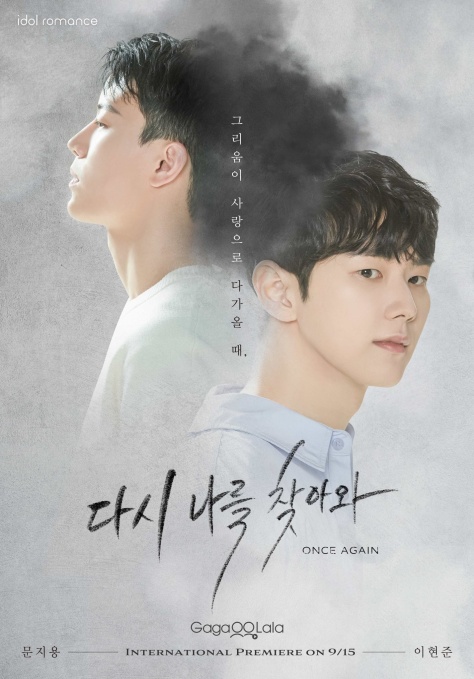 A time-slip fantasy, Come Back to Me Again (or Dashi Nareul Chajawa in Korean), is a series under Moving Pictures. It stars Lee Hyunjun, who made his acting debut in a guest role in Sisyphus: The Myth, and Moon Jiyong, an actor who debuted in Afternoon in a Small City, who is also a part of another project (mentioned in this article later on). The series is scheduled for release on September 15, 2022, and is consisted of 8 episodes, each about 25 minutes long.

Due to inexplicable events, Shin Jaewoo (Moon Jiyong) travels back in time and meets Kang Jihoon (Lee Hyunjun), who’s a law student preparing for the bar exam. It turns out that Jihoon is someone he admired in the past, and he strives not to let the past repeat itself. Jaewoo falls in love with Jihoon, who also slowly lets him into his heart.

Also known as Shinib Sawon in Korean, The New Employee is a live-action adaptation of Mascareto’s manhwa of the same name by Watcha. We also have Moon Jiyong starring as one of the main leads in this series! Kwon Hyuk, who you may have seen as Junwoong’s father in the popular Netflix K-drama Tomorrow, stars opposite him, along with Choi Sihun, an actor and model under Polaris Entertainment, who is also well-known as a participant in the hit Netflix reality show Single’s Inferno.

Seunghyun (Moon Jiyong) is a late bloomer in many ways. He finally lands the internship he was waiting for. He crosses paths with Kim Jongchan (Kwon Hyuk), a cold but handsome man who he then finds out is his new boss. As he interns under Jongchan, Seunghyun falls in love with him. Jongchan also seems to have taken a liking to him, and both are willing not to let their personal feelings interfere with their work.

Slated to be released this year! pic.twitter.com/hbboCdmT7b

We have more updates about Happy Ending Outside the Fence/Happy Ending Romance! There has been a lot more added to the synopsis of the series. Now we know that it’s a story about how Cha Jungwoo (Karam/Park Hyunchul), a popular writer who vanished after being betrayed by the publishing industry, Han Taeyoung (Ha Jongwoo), the head of a publishing company who wanted to bring Jungwoo back as a writer, and Kim Junghyun (Leo/Jung Taekwoon), a writer who became famous by using Jungwoo’s works. Together, they transform one another’s lives in the process of making their dreams come true.