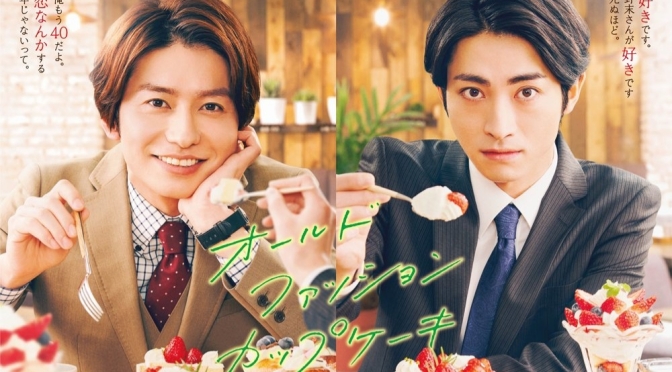 Sometimes falling in love can be as easy as playing pretend.

Adapted from the manga of the same name by Sagan Sagan, the Japanese BL Old Fashion Cupcake delves into aging, life, and love between two men working for the same company.

Nozue (Takeda Kouhei) is a middle-aged man nearing forty who is set in his ways. Togawa (Kimura Tatsunari) is his lovelorn younger subordinate. In a twist of midlife crisis-induced fate, they are thrown together in a surprisingly profound game of pretend.

Mature BLs tend to be harder to find than those geared toward younger audiences. Even more rare are BLs that face the reality of aging rather than focusing on more youthful couples.

Old Fashion Cupcake not only talks about aging but also looks at how mature men are ‘supposed’ to act in society, closing them off from the perceived carefree fun Nozue believes females have compared to men. Having been in love with Nozue for years, Togawa quickly seizes on Nozue’s envy and offers an irresistible opportunity: the chance to pretend to be girls together. 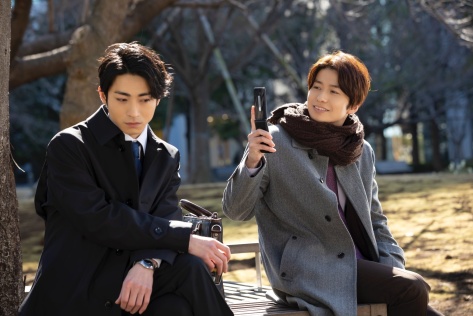 Aging has a way of reminding us about the past, missed opportunities, and regrets. Especially at that midway point when there is still a lot of life to live but also a lot of life you’ve let get past you. With Nozue, Old Fashion Cupcake gives us that. He’s settled into life, but he also wishes for more.

Togawa gives him that ‘more,’ opening Nozue up to the kind of life and fun Nozue believes he’s moved past.

Sometimes the best kind of romances are the romances that happen out of nowhere. The romances that don’t seem like they’ll be particularly exciting but somehow manage to steal the heart. The way Togawa reawakens Nozue’s spirit through his fun, female-oriented dates is subtly beautiful.

And it challenges gender expectations.

It’s sad that what we say, do, and how we act is often dictated by the gender others see us as. People are not meant to be kept in a box. We should never feel like we must conform to a certain behavior. It limits us.

Despite its lighthearted interactions, Old Fashion Cupcake is full of deeply introspective moments and words of wisdom. Watching it feels like watching a butterfly break free of its cocoon.

Two men.
A slew of unexpected dates.
A growing fondness. 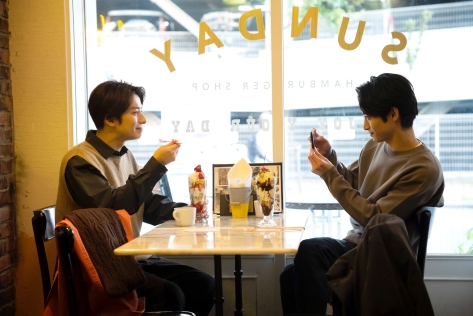 Seeing Nozue break through the walls his routine and gender have built around him is freeing. And it makes my heart flutter.

The first two episodes perfectly set the foundation for what’s to come and for the romance that is already growing between Nozue and Togawa. And it does it by challenging the ‘norm.’

I can’t wait for more. Let’s watch this together.

For a mature drama full of lighthearted fun while also packing a deeply emotional punch, check out Old Fashion Cupcake on Viki.