Those two words alone create a plethora of sensational storytelling.

From Western film hits like The Godfather to crime syndicate television, the mafia is a crime reality that offers filmmakers unlimited story options. Mystery builds appeal, and there is nothing more mysterious than a powerfully alluring underground world of crime that pays.

No matter where a person sits on their views of right and wrong, the blurred gray area between the two has always offered a fascinating realm of possibility to writers, artists, and the general public.

This broad interest in crime and the mafia is one of the many reasons the new Thai BL KinnPorsche has been such a success since its premiere.

But was the BL (Boys’ Love) world ready for a mature story like this?

From the divided online response, it’s obvious most of us were. It’s equally obvious that some of us weren’t.

KinnPorsche exploded onto the scene, offering mature characters, an action-packed, well-paced storyline with well-choreographed fight scenes, incredible cinematography, and great acting. But the one thing that makes a crime drama stand out, that blurred gray area between right and wrong, isn’t something some BL fans are ready to accept.

Especially when it comes to sex. 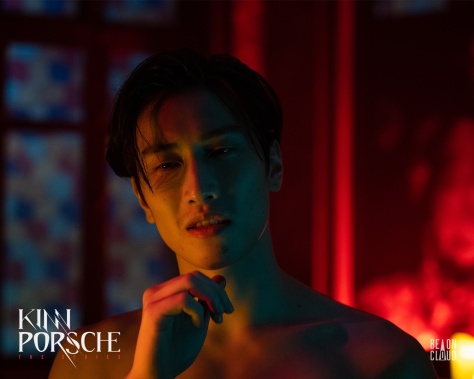 From the beginning, I have been a massive fan of KinnPorsche. The show is offering something new to the BL landscape, and it’s doing it well. There is no denying the passion and dedication everyone involved in this production has given its audience.

As a bisexual avid viewer of Asian BL’s, I first got into watching them while looking for same-sex dramas and films after exhausting what was available in my own country. Although quite different from western options, the emotional quality drew me in. There is an obvious need to connect with the shipping community, such as fanservice, which I admit I was thrown off by at first. Being a part of the entertainment industry myself and knowing how it works, I wasn’t looking to entangle myself in the possibility of a hired on-screen couple becoming real-life partners. I was looking for good gay storytelling.

And I got good gay storytelling.

Asian BL’s tend to focus less on abrasive ‘in your face’ storytelling than western gay content. They focus on the more minute details, such as intimate stares and subtle touches. It heightened the romantic experience for me. And sometimes, a person just needs romance.

That said, after watching them for years, I also noticed many of the Asian BL’s were becoming monotonous, offering less variety and focusing mainly on younger audiences. There is nothing wrong with creating stories you know will sell; those you have learned fans will flock to, and those you’ve realized have a formula for success.

As a writer, I am always taking note of trends, and I pay close attention to which of my novels sell better during specific periods.

And that’s what I’ve seen with the BL industry. There is a rising need for variety in the BL world, especially as many of the actors who’ve played these roles for years and the viewers who have watched them for years are also maturing.

And that’s where KinnPorsche comes in.

Whether you came into the show after reading the book, came into it because you are a fan of BL’s, or came into it because of its incredible Hollywood-style trailer, it’s evident from the warnings offered at the beginning of the episodes and the rating itself that the drama has done its job of warning audiences that it is, first and foremost, a mafia drama with mature-rated content.

And it delivers in a big, big way.

That’s where things get sensitive. I am in no way unaware that the sex scene in the drama’s fourth episode takes place while the main character Porsche is under the influence. Nor am I getting into the moral dilemma this creates for some.

And they are fiction.

As an older writer who is a part of the community with a front-row seat to what cancel culture and social media have brought to entertainment, I’ve been privy to how that same culture both helps and hurts people. It brings education and realization to many, offering the world a chance to speak up and protest about things we once didn’t have the opportunity to protest against in such a significant way. And it’s changed our world for the better. But it also attempts to crush those in the industry who create content with appropriate warnings.

You can’t fight for freedom of speech and creativity while also attempting to crush it.

There’s a shift happening in the BL industry, one I am personally happy to see happening. Dramas offer more variety, catering to a range of ages rather than a select group. They are also tackling things that they didn’t tackle before, from agoraphobia (The Tuxedo) to forbidden paranormal romance (Dear Doctor) to heart-rending realism (I Told Sunset about You) to mental illness (Fighting Mr. 2nd) to injustice (Not Me) to crime dramas (KinnPorsche), among a few. 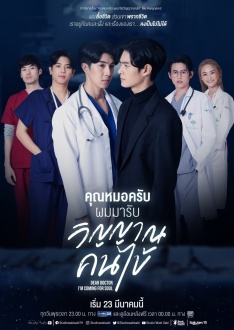 They focus less on romance and more on the story, giving viewers a taste of intricate storytelling that includes romance rather than focusing on a romance that contains a little story.

These dramas aren’t what BL viewers have become used to, and it’s noticeable by the reaction.

But they are still offering light, romance-oriented dramas for viewers who prefer those as well.

Rather than protest the change, we should celebrate the diversity in gay content, especially as long as the more mature content provides appropriate warnings and ratings.

There is a change happening in the BL industry. And it’s not just noticeable in the mature content. It’s noticeable in the younger stories as well. From the coming-out scenes to how some dramas are now parodying certain BL tropes to bring attention to them, BLs are becoming aware of their own issues and freeing themselves of them. They are making the shows less about ‘Not actually being gay but still falling for someone because it’s them’ and more about being gay or falling in love regardless of gender.

And I’m here for it.

And I’m here for the representation.

As evidenced by a hate crime that happened recently to gay Korean artist Holland, it’s apparent that these dramas are being heard and that the growing content is making waves. And while it’s for the good, it’s also evident that there’s a rising amount of hate. I will never understand hate. I will never understand the amount of energy people place into destroying others rather than celebrating what makes each of us unique. If the world’s haters put as much effort into loving everyone as they do into destroying what they are offended by, we’d be a much better place.

Last night, I was walking around Itaewon with my manager and a friend. Suddenly, a stranger man approached me and hit me on the face twice, calling me ‘a dirty gay’. Now I have a scar on my face and I’m going to the hospital soon. pic.twitter.com/cc3Gu8h8sn

So let’s take a moment to realize that change is here. It’s happening. And that we are going to see a wave of good and bad coming from it. But let’s ride that wave together. Let’s celebrate the good and join together to fight the bad.

And don’t crush and silence the dramas that are doing their part to warn audiences of the content they are providing. Mature dramas and films are for mature audiences who realize what they’re watching. They are for audiences who agree they are old enough to tune in. If clips or pictures of certain r-rated scenes are shared outside the paid app where it’s legally available, it is not the production company’s fault.

Kinnporsche, like many of the recent BLs, is a sign of change. And it’s quite the ride being a part of that.