“Love, no matter what form it is, will always hurt.”

We don’t choose who we fall in love with. We don’t ask for love to bring us pain or confusion. But it often does.

The Japanese drama Kamisama no Ekohiiki puts a spotlight on this kind of love and highlights the lengths people will go to for that love.

Based on the manga by Komura Ayumi, Kamisama no Ekohiiki tells the story of Yashiro (actor Fujiwara Taiyu) and the love he has for his longtime friend Kenta (actor Kubozuka Airu).

Thus begins a chaotic journey of confessions, revelations, and magic.

For those who have read the manga this is based on (I haven’t) or the synopsis of the live-action adaptation, you are well aware that this is a body-swap drama.

But it’s not the typical body swap. 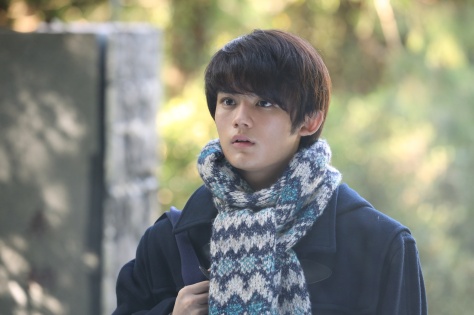 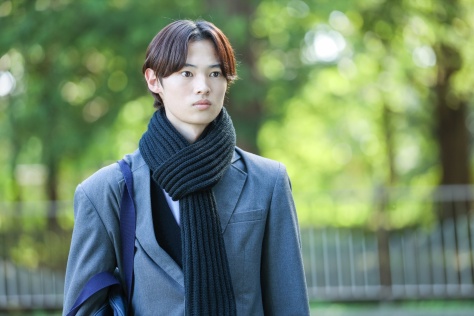 While our main character, Yashiro, swaps forms with a female after an unexpected accident leaves him in a coma, Kamisama no Ekohiiki handles this theme in a profound way with the entire journey presided over by the bored but wise God of the shrine and his chihuahua assistant, Ukon.

Many may recognize the shrine’s God in this drama, actor Furukawa Yuki, from his role in the Japanese BL film Restart After Come Back Home as lead Kozuka Mitsuomi. It’s fun seeing him go from being the lead of a BL in Restart to the wise advisor of a group of youths navigating love and confusion beyond the bounds of gender in Kamisama no Ekohiiki. And he does it beautifully.

One of the things I love about Japan, especially in many of their BL projects, is their ability to tackle sensitive subjects in deep subjective ways while also maintaining a sense of humor.

Many will walk away from this drama simply because there’s a body swap involved, but it’s more than that.

It’s a story about loving someone of the same sex who doesn’t seem to reciprocate those feelings while also dealing with learning to love oneself.

Yashiro wishes to be a female because it’s the form he feels Kenta will accept him in the most. This drama feels less like a body swap and more like dealing with body dysphoria. Yashiro isn’t ashamed of himself, but he does see his gender as a flaw in earning Kenta’s affection.

Assumed perceptions are the source of life’s biggest misunderstandings. We draw lines for ourselves that we shouldn’t, and the perception Yashiro has of Kenta’s ideal type is where things really start to get interesting in Kamisama no Ekohiiki.

Yashiro gets his wish. He returns as a female named Tendou Kagura (actress Sakurada Hiyori). But he realizes as he navigates life in his new body and becomes close friends with Kenta’s ex-girlfriend (actress Arai Myra) that being a girl isn’t what he actually wanted. It’s what he felt Kenta needed.

A lot happens in the first four episodes. There are many self-revelations, a lot of questioning one’s sexuality, and a lot of realizing that being in love isn’t about trying to sway a person’s feelings by swapping genders; it’s about loving yourself and being okay with who you love, no matter how you identify.

And through it all are wise, deeply felt moments that made the youthful confused bisexual I was in the past feel seen and understood.

Because I haven’t read the manga this is based on, I have no idea where Kamisama no Ekohiiki is headed, but I do know it is tackling one of the most deeply felt themes of romance: Love is complicated.

Love should not be contained and boxed in. Love shouldn’t be limited. And love is never without pain, whether it’s a deep pain or minor disagreements.

If you are looking for a drama that offers unrequited love, a bisexual character, love triangles, pain, and heartwarming moments, then this is certainly one you don’t want to miss. Check it out on Hulu Japan.