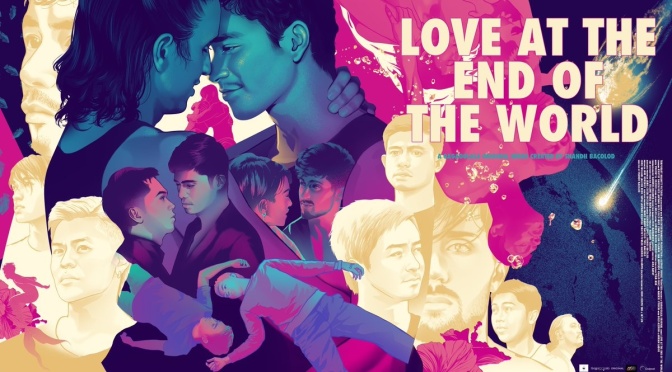 “From the day we arrive on the planet

And, blinking, step into the sun

There’s more to see than can ever be seen

More to do than can ever be done

There’s far too much to take in here

More to find than can ever be found

Through despair and hope

Through faith and love

‘Til we find our place

On the path unwinding

The circle of life”

(Excerpts from The Circle of Life from The Lion King)

This saga is a deeply personal reflection of four couples who are faced with the end of the world as an asteroid is headed to Earth that is an extinction level event. These are their finals days. ALL of them are utterly flawed, broken, and acutely dysfunctional. These are not stories of people who face death with any sensibility for redemption but with stoic fatalism. While frightened, individuals are content because each are with the one that they truly love. (Or at least most of them are). The story never really tells us who these guys are, where they came from, or what made them tick. We only see them here and now. Flawed, weak, broken, and almost all not living but merely existing – until now. In an oxy-moronic sense, the asteroid gives them a sense of closure with emancipation. They are free to live what little time they have left with the one person each dearly loves and live it to the fullest. This is their last chance. And to face death together. Not with weeping and wailing about their created destinies, but holding each other and saying, “I love you.” All but one. 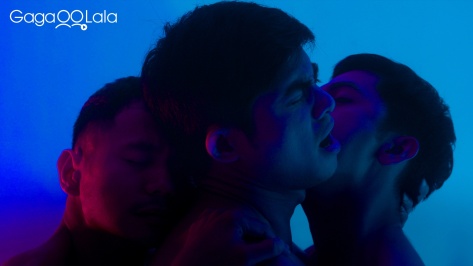 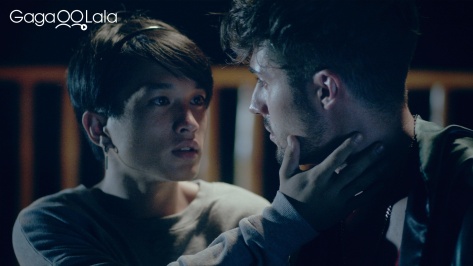 This series are vignettes that will move you to draw your own conclusions. At times, it makes no sense, yet it all seemed so befitting to its theme. It does not lead you; it only shows you. There are no hosannas here or pleading with God for forgiveness or eternal life. It shows moving pictures of three of the least likeable couples in their last days. And it did so in such a way that it was not afraid to show the hedonistic and carnal approach to facing their deaths. Not in a bacchanalian manner but as a way of displaying passion and intimate connection to each other through the pleasures of lust, licentiousness, and wantonness – as the last apex of humanity.

The screenplay is outstanding. It is written to allow us to see these characters now with their flaws and foils. Yet it empowers us to imagine them if they could escape all of this – who would they be? For a fleeting moment at the end, we do get to see their true selves with clarity. I felt sympathy, understanding, and in an odd way, acceptance. They have concluded the Circle of Life.

The four separate abstracts are as follows:

1. Melancholia – starring Rex Lantano as Sam and Kristof Garcia as Ben. They are a couple. How and why are they a couple? Unknown but they are deeply in love. Yet, haunting them is George, played by Mike Liwag. George is not real but in Sam’s world he is. How and why, that is the case is profoundly moving and is an almost unbearable cross to bear. 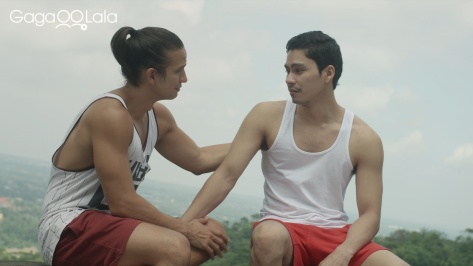 2. The Loneliest Man on Earth – starring Markki Stroem as Mark. This is a perplexing and brazen story of a deep connection between him and Rener, a father-like figure to whom he swears allegiance to. Mark has a lover named Kaloy played by Khadlid Ruiz. He too is devoted to Rener. Why and how? Again, unknown except that they are. These two – Mark and Kaloy – are also deeply in love with each other. They have no inhibitions sexually and involve Rener as well. The complexities and incongruities of this story are immeasurable.

3. We Need to Talk About Tony – starring Nico Locco as Tony. He is a completely enigmatic figure who is trying to kill himself in the most efficient manner. He comes to the Philippines to do so. The reasons for both actions? Unknown. Out of the blue, Ian, played by Jerould Golde Aceron, drifts into his life. Perhaps because of the impending asteroid, their relationship turns intense quickly, and a modicum of love ensues. But in a twist of complete irony, the tables are turned tragically, and Tony is forced to share his own impending death on his own – languishing. This is the saddest of the stories because Tony spends his last moments – alone. (Or is he)? This is a story where one can watch it several times and each time come up with a different conclusion as it its meaning.

4. Happy Together – starring Yam Mercado as Cris and Elijah Filamor as Renzo. We know a bit more about these two. Misfits and drug addicts for sure. Friends for a long time but deeply and profoundly in love with each other. So much so that they escape from a rehab center to spend their last days together, passionately. There are not many ways to describe their searing relationship except in terms of limitless devotion and animalism. In a bizarre archetypical fashion, they are the truest representatives of ‘soul-mates’.

There are of course twists and turns and tangents that make this story hard to follow and becomes a stream-of consciousness more than a flowing story with a beginning, middle and end. In many cases, the end is the middle of the story while in others it is the beginning. Try not to make sense of it; just go with beauty of each story’s uniqueness.

Let me just say upfront that all the actors are exceptional. They took these roles knowing the provocateur nature of them. It seems as if each was allowed to throw off the conventional shackles of BL acting and be more like real people who are considered as losers, misfits, the dredges of society, or at the very least unconventional. What makes these individuals so special that we get a glimpse of their lives at a time that is the most defining for them? Unknown. How will they be at the end? We see that. The eroticism is stunning. The explicitness is salacious, lewd, graphic, and hot. It is a precise picture of the beauty of male amorousness. They go out the way they want, in the way they want, and with an intensity of life few of us in our final moments may ever experience. They had intimacy of the most hellacious kind – deep, raw, carnal, lustful but so full of life. Dear God, it was fervent. I deeply admire them all for not holding back or pretending. They were naked. They had sex in all its forms. They made it carnal and a thing of beauty to watch. Pornography is a form of voyeurism and intrusion; this was not that. Instead, this was like watching a homage to love-making. They all deserve kudos for their candid performances and taking slices of life and making them feel real, sometimes ugly, but still thematically about love. A special shout-out, however, must go to Rex Lantano, who as the Executive Producer, took a risk in making this series. This was gutsy. His portrayal of Sam is profound. He takes a character with so much pain, anguish, guilt, and sadness and still turns him into a deeply reflective and loving person. Remarkable.

It is deeply unfortunate that this series was so severely panned. It is simply brilliant. It is an Avant Garde production with a hint of modernism. It reflects the kind of imagery of iconic stories like Pulp Fiction and Kill Bill. It pushed the envelope of the acceptable status quo of BL genres. There are no stuffed animals or warm blankets here. It goes beyond kisses on foreheads or pecks on checks. No endless staring into each other’s eyes. It has SEX. Raw, real, and unabashed. And it is part of the relationship continuum for these couples. It strains our sensibilities and shows what two men can and often do in bed. This is not so much a BL as it is a bl series (boys’ lust).

A concern about this series that I read is that scenes were thrown in for shock value. Of course, individuals can and must see any series in their own light. But keep in mind, that this series was not afraid to go where other series will not even fantasize about. If you take each of these snippets individually, they all happen every day. It is only when you put them together with no strings or bridge to connect them, do they appear to be unrelated and therefore unexplainable. Life sometimes is unexplainable. Occasionally, we do things and later ponder or reflect on why we did. That is the beauty of this Avant Garde series. Stay away if you cannot bend your mind to seeing romance exotically between men or appreciate salaciousness as part of the equation for love.

For me, this truly is a brilliant work of art. It is one of the best for this year and unquestionably will be on my Top 10 List for 2022. Be warned – there are graphic scenes. However, it IS part of the story.