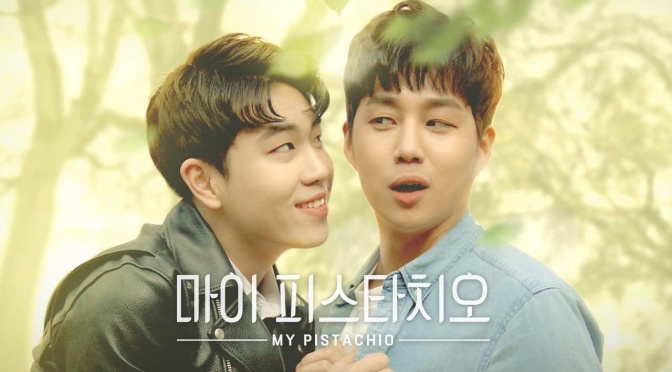 The main leads even share the same first names—their chemistry was meant to be.

This movie has a very special place in my heart. It was my first STRONGBERRY BL short film, a Korean BL I really liked—other than Long Time No See (2017) of course. I’ve tried very hard not to let that bias seep in, but no matter how many times I watch it, I can’t help but fall for it all over again. With every rewatch I find something new to love, new things to laugh about. It may probably be because I understand Korean much better than I did back in 2018, but I thoroughly enjoyed the multiple rewatches of the movie this week.

Directed by Choi Jaeyeong, My Pistachio is a 19-minute-long film released in 2018. It explores the relationship between Mooyoung (Park Hyunjun) and Hanbit (Kim Hyunjun), a senior from Mooyoung’s drama club at university. The short film begins with Mooyoung getting told off by Hanbit for seemingly stepping out of bounds by making changes to the script of a play written by the latter. It’s only later on that we get to see Mooyoung appreciated by Hanbit for all the work that he puts into the club, including putting up with everything that the seniors make him do. 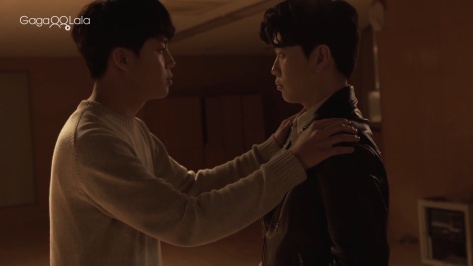 The film addresses many things in the course of 19 minutes—from the senior-junior politics prevalent in South Korean educational institutions in general and club activities in particular to calling attention to method acting and improvisation in the arts. Mooyoung is asked to only “do the errands well” and nothing more, but an unexpected issue arises, allowing him to show everyone how talented he is. This, for me, was the highlight; Park Hyunjun’s vocalisation, improvisation, and projection were impactful, leaving the seniors as well as the audience astounded at his acting skills.

The foundation for the chemistry between the main couple is laid down by the seniors themselves. They keep bugging Hanbit by asking him whether he’s flirting with Mooyoung. They seem more surprised with Mooyoung’s acting rather than at how he addresses Hanbit as ‘my love’/ ‘my darling’ (naeui geudae in Korean, which is also the name of the play) when he starts rattling off lines from the dramatic monologue in a drunken daze. There are some intense stares, dopey smiles, and nervous glances, and with Mooyoung addressing Hanbit as hyung (a relatively informal form of a man addressing another older man, signifying a very close relationship between them), it all adds to this mix and heightens the tension between the two of them. 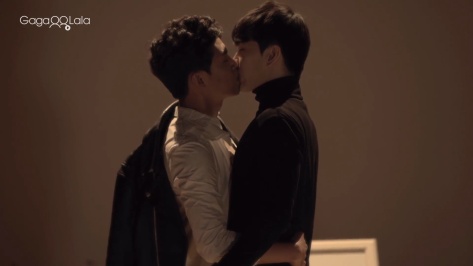 What caught my attention more than anything else were the dialogues that revolved around the pistachio. There is so much symbolism when it comes to the pistachio reference, with the most obvious one being that of a love confession, followed by that of breaking away from societal norms to be one’s true self. To me, it also seemed to be a reference to the process of coming out, especially because it involves breaking away from the bounds of cisheteronormative patriarchal systems in society (although not a mandatory one if you’re queer—safety is important as well).

There was a lot to laugh at; STRONGBERRY always makes sure you’re entertained. There were many moments where the seniors were funny and likeable (Jisoo is most noticeably the nicest senior there). Hanbit himself may initially come off as an annoying senior who you’d like to give a smack to bring him to his senses, but it is later revealed that he cares for Mooyoung more than one would think, in his own way. Although it’s a movie that may have been shot on a lower budget and built around the clichéd plotline of ‘notice-me-senpai’ (or in this case, seonbae), My Pistachio is a refreshing short film that kept me engaged throughout all my rewatches.