If an actor/actress can evoke subdued feelings of hatred and disgust in the audience’s minds, then their job as an villain is done.

Their acting talents are commendable and they are credibly antagonistic. While most BL dramas are more focused on developing the sensual nature of the relationship between the main leads, an antagonist provides the extra nudge required to drive the narrative forward. In today’s edition, we will be sharing our opinions about these criminal minds, who have made a long-lasting impression on our psyche and left us utterly terrified! 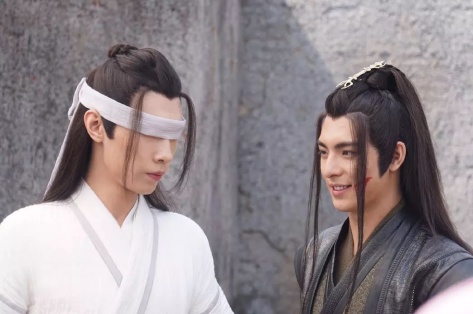 One of the most deadly assassins in “The Untamed” universe, Xue Yang was a maniac as well as a mastermind. While the first half of this show focuses on Wen Ruohan’s treacherous plans to rule the cultivation world, Xue Yang plays his dedicated lackey. He doesn’t know compassion, is emotionally comprised and notorious. You can’t help but be terrified of his ministrations. What sets this character apart? His inability to understand his own emotions. The second half of the drama depicts Xue Yang in a symbiotic relationship with Xiao Xing Chen. The short-lived romance between Song Yan and Xiao Xing Chen can be attributed to Xue Yang. He intentionally drives a wedge between them, exploits Xing Chen’s good nature, which unexpectedly forces Xing Chen to commit suicide. Ultimately, the depth of his emotions for Xing Chen leads to his self-destruction.

The most heinous villain in “The Untamed” world Jin Guangyao, is certainly manipulative. He is ambitious, ruthless and unapologetic. His shocking transformation from being the illegitimate child of the Jin Clan leader to ultimately taking over the mantle was flawless and well-scripted. The most surprising aspect about his personality is Guangyao’s ability to exploit other people’s emotions easily. Everyone he deceived, trusted him implicitly until he backstabbed them. Starting from punishing his own womanizer Father, killing his stepbrother, marrying his stepsister and plotting Nie Mingjue’s death; Guangyao is decisive and never acts recklessly. His calm facade masks his true intentions and his brutality knows no limits. The only chunk in his armor is Lan Xichen, whom he truly adores and respects. I often wonder, if Jin Guangyao would be a better individual if he had been born in the Lan clan instead of the Jin clan.

Scorpion King is one of those characters who pique your interest with his varied expressions and yet his reproachful actions leave you speechless. As Zhao Jing’s adopted son, Scorpion King plays a major rule in executing his Father’s evil deeds. While he is seamlessly ruthless and scary; Scorpion is a devoted son; entirely dedicated and loyal to his Father. That is, until he learns about Zhao Jing’s plans to kill him and joins hands with Wen Kexing to plot his Father’s downfall. On the surface, he appears calm and controlled; at times he even betrays kindness (when he saves Tragicomic Ghost and Beauty Ghost); but beneath this veneer, Scorpion King is an absolute maniac and fosters the same ambitions as his evil Father. Some things never change!

Zhao Jing was definitely an unexpected plot twist. He has been bidding his time since decades, to rule the Martial Arts World. He is devoid of human emotions, highly ambitious and formidable. Likewise, he is like a viper, waiting to strike at the most opportune moment and has no qualms killing his own family members to achieve his end goals. His lack of compassion ultimately leads to his downfall; when he is backstabbed by his own son. His evil deeds lead to some serious retribution, as he is mercilessly tortured by his own son, before they both fall down the cliff to an untimely demise. 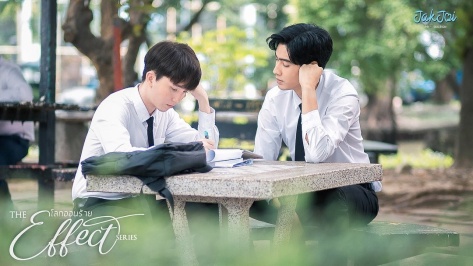 Keng was certainly a surprise package and beneath his handsome looks, lurks a bestial mindset. I never expected things to turn out the way they did. It’s been ages since I watched this mini-series and it still makes me quiver in fear and disgust. The sole aim of this show was to project the fear and trauma faced by rape victims. Oat Chakrit portrays Keng’s obsession realistically; it’s creepy, disgusting and leaves you reeling from shock. I think the casting director made the right choice selecting Oat for this role, because Keng’s likeable nature and unassuming attitude will make you question his untoward behavioral aspects.

I have never seen a more scary mother than Fiat and that literally forsakes her unstable state of mind. She terrorizes Fiat into believing that no one is deserving of his love. We don’t know the exact reason for her lunacy, but she projects her insecurities and fears onto Fiat. So much so, that Miat (Fiat’s Father) is forced to divorce and lock her up in a mental asylum, to protect Fiat. On the surface, she seems like a caring and loving mother; but she treats Fiat like her personal property and her continuous attempts to control Fiat are indeed terrifying.

Villains like candy come in all shapes and sizes. Some are comical and morally inept, some are clever with the worst intentions; either way, a villain is a villain. In BL it’s either a homophobic mother, a bad boy with a violent streak or some variation. At some point those become cliché so for my picks I wanted to look at ones you have never heard about.

Aoyama, The Shortest Distance is a Round

In this Japanese BL film, Sensei Aoyama acts like an oleander; beautiful and shy in affection for one of his high school students. The two become fast friends, going so far as to share a journal where they write their feelings on life and their own loneliness. On the surface this can be just seen as inappropriate, but as the film turns dark with the student Haruto entering a indentured servitude to sexual sadists; the hope of one day seeing Aoyama again becomes his sustenance.

Despite that, the student is overjoyed when fate brings them together again. Only for Aoyama to vanish and it becomes clear that every negative situation that occurred to the main character was a part of his designs. He was behind the debt being so high, the servitude, the men who ruined the students’ manhood. Over the span of three films, it becomes clear that the villain was always Aoyama. This surely makes him one of my favorite villains.

Trump from “Love By Chance”, the boy who pretends to be in love with Pete, just to blackmail him for his money. Why is someone so basic my other pick for best villain? It’s because we have just scratched the surface. Trump’s vile intentiond go deeper as he accosts Pete and demeans him in unimaginable ways. Over the course of the entire series, Trump makes three appearances. Each time, his words cut deeper than any damage his fist could do. He is truly treacherous and fails to understand the issues in Pete’s life while trying to extort money from him.

If he had paid any attention to Pete he would know where Pete’s money is and that he has no access to it. Instead Trump goes out of his way to throw their sexual encounter and romance in Pete’s face. Unfortunately the series doesn’t describe Trump’s duplicitous nature like Mame’s novel does. But needless to say the boy was quite evil and sadistic.

One thought on “Villains We Love To Hate- Part III”