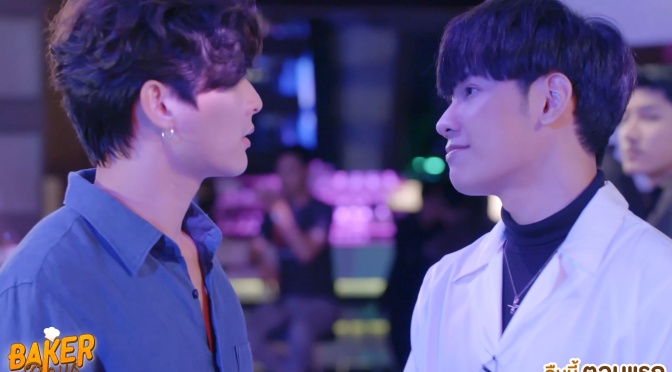 Based on the manga Antique Bakery by Fumi Yoshinaga, Baker Boys is the Thai adaptation of the manga. The manga has had several adaptations with the most famous one being the Korean adaptation with the same name. We can say that it has a multitude of veteran fans waiting to see what the Thai take on the Antique Bakery is. The two episodes which are out now, give a promising start to this series.

People associate things with their memories. Now, these memories can be good or bad and when we see those things again it can trigger those painful remembrances. It can either bring a smile onto our faces or make us relive the trauma. This is what is happening with Punn. Played by actor Lee Thanat, he is the bakery owner. From what it seems; every time he sees any dessert, he associates it with past trauma. Then the biggest question here is, why would he open a bakery? Maybe it is his way of getting over the trauma, by finally facing his fears. But it sort of feels like history is repeating itself. 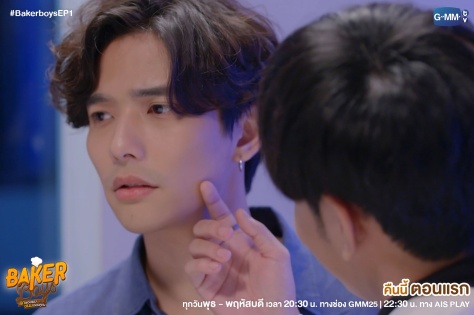 Weir is the baker of the shop. He studied in Paris and he knows his desserts. Everything he bakes is lip-smacking to the point that it could bring people to tears. More than that, he is famous for his charming and quite deathly good looks. Played by the actor Singto Prachaya, he is openly gay. He is also called the ‘Gay Conqueror’ by people, because of his charm and skills. He is aware of the effect he has on people and often uses it to ‘conquer’ people. But it looks like he does not have control over his powers because they have landed him in trouble quite a few times; with people fighting over him. Also, in high school, he got his heart broken by Punn. That day he learnt the lesson of ‘never confessing to your crush when they’re holding a cake’ the hard way.

The third main character, Krathing, is an ex-boxer with a sad back story. Played by the actor Pluem Purim, he is diagnosed with a brain disease, which is curable but for safety, he has to quit his boxing career. Apart from boxing, his only passion is desserts. Not making them, but consuming. One day he walks into the cafe, and from there on he realises that it was time for a new dream and runs headfirst into becoming a full-time baker under Weir.

There is a fourth character which is introduced in the second episode, the overly emotional bodyguard Pooh, played by Foei Patara. Not much has been revealed about him though. His character provides a special touch of comic relief.

The pilot episode was what it should have been, making you want to watch it more. It had all the elements needed by a good series. The main characters have good chemistry and their bantering is quite entertaining. The series will also touch many sensitive issues like sexual harassment, murder and kidnapping. It also deals with trauma and PTSD with dessert being the main trigger. 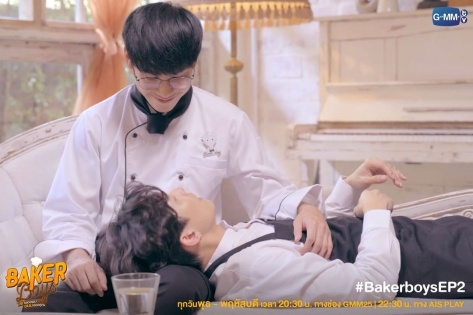 As for dull moments, there are not any. The acting is good. Weir seems more cute than hot and his character is like an adorable kitten rather than a sexy wolf who devours men. But his confidence and the effect he has on other people makes up for it. It looks like he can control and project which effect he wants to, cute or hot. But he has the cutest meow ever! But as for the projection itself, he cannot control when to stop it. He also cannot stop flirting with the Boss. The story revolves around many things with the bakery being at the centre of it all. How is it related to all the missing children, what was Punn’s tragic back story and how is he related to things which are repeating now? There are many questions, which will be answered as the story progresses.

The only con of watching this series is that you will want to eat cake, every damn minute.