Secondary characters might be relevant to the storyline, but sadly they never receive the same kind of attention or fanfare as the primary stars do.

Despite that, there are several side-couples who have managed to their mark in the hugely popular Boy’s Love diaspora. In today’s edition, our authors will be talking about their favorite fictional couples (secondary), who have successfully stolen the limelight from the mains!

Fans of this supernatural thriller will vouch for the natural chemistry between the second lead couple, Chu Shu Zhi (Ocean Jiang) and Guo Chang Cheng (Xin Peng). Despite being complete opposites, Shu Zhi and Chang Cheng’s relationship is balanced and invaluable. While Shu Zhi is mostly portrayed as an indestructible wall, emotionless and detached; Chang Cheng is kind, caring and warmhearted. His inherent goodness attracts Shu Zhi; as he slowly and steadily falls in love with his accident-prone partner. Their partnership would have never worked, if Chang Cheng failed at thawing Shu Zhi’s frozen heart. Chang Cheng’s gentle demeanor reminds Shu Zhi of his dead brother and it doesn’t take long, before our cold-hearted Guardian falls for his sweet angel.

You can’t talk about popular Chinese Bromances, without mentioning this couple. Liu Yu Ning’s Black (Hei Yan Jing) and Liu Yu Han’s Xie Yu Chen make one formidable couple. While most “Lost Tomb” adaptations have always portrayed Yu Chen as a straight character; Ultimate Note became a runaway hit because of the unhindered chemistry between our resident Xie family heir and the corny assassin, Black. Their journey is intriguing and the romance is unbelievable. While being tied together on a dangerous expedition, Yu Chen slowly learns to trust Black. Right from the moment they meet, our money minded assassin is totally whipped for his Flower Boy. Liu Yu Ning and Liu Yu Han have a sparkling chemistry. Despite their odd dynamics; Black and Yu Chen are clearly meant to be. The couple got so popular that fans are demanding that Yu Ning as well as Yu Han should reprise their roles in the next follow-up to Ultimate Note. I couldn’t agree more; HeiHua’s loud and audacious romance is indefinitely endearing! 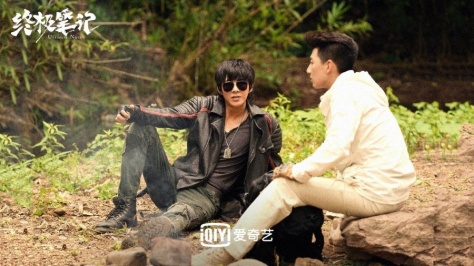 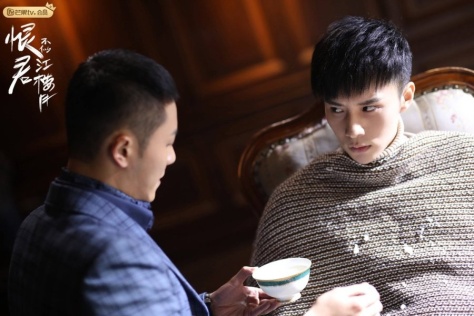 Irrespective of their tragic ending, this couple is still hugely popular in the Chinese Bromance circles. Zhan Junbai (Chen Yu Cheng) is a ruthless, conniving drug lord; who masks his notoriety behind a mask of kindness and philanthropy. Yu Tang Chun on the other hand, is a distinguished Opera Performer, elegant and sophisticated. Junbai is inevitably drawn to Boss Yu’s loyalty and honesty. The most painful part of watching their undulated love for each other, which turns toxic when they learn each other’s true identities. Zhan Junbai is confident man, but Boss Yu becomes his Achilles heel. Bordering on obsession, Junbai can’t let go of Boss Yu, nor end his life. This love story would have been better, if these two characters weren’t so broken and anticlimactic. Despite being evil and treacherous, Junbai did love Boss Yu from the bottom of his heart!

Forth and Beam, 2moons2 The Series 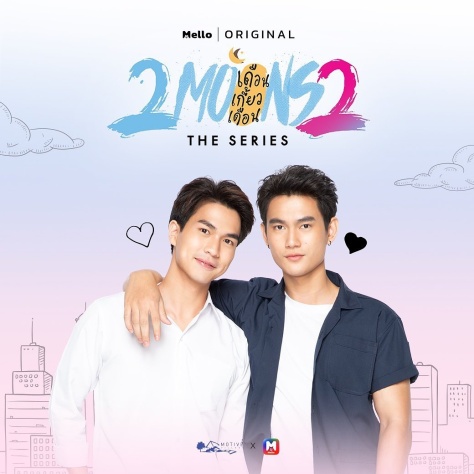 There would be very few, who actually paid attention to this couple. Obviously, the Six Moons fandom will beg to differ, because Pavel Naret and Dome Woranart became household names for their distinct portrayal of Forth and Beam. Their chemistry was explosive, starting from an unexpected one-night stand, which eventually leads to their future romance. While Forth spends the first quarter pursuing Wayo; he is left dejected when Wayo chooses Phana. Beam on the other hand is besotted with his best friend, Kit who chooses Ming instead. Their similar situations make them empathize with each other; which marks the beginning of their tumultuous romance. Although this relationship is mostly hindered by Beam’s insecurities, Forth never gives up on trying. Finally, he thaws Beam’s heart and wins his trust. I really loved watching their difficult journey and poignant love story. PavelDome really did give us a fairytale romance!

Leon and Pobphan, Don’t Say No 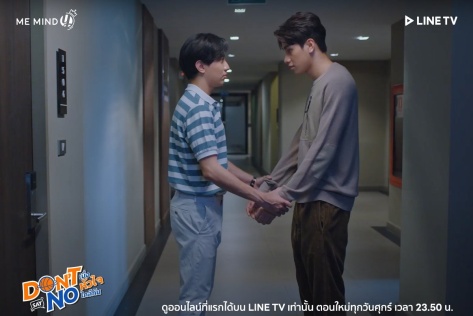 Don’t Say No ended last night and I was left horrified with the heartbreaking ending scripted for this sweet couple. Author Mame is well-known for writing dramatic interludes, but this one is surely the winner. While I did start watching this show for the main couple; I stayed because of the blossoming romance between Leon and Pobphan. Their journey wasn’t exactly easy; Leon is a playboy, while Pob is an overachiever. And yet for Leon, it is “Love At First Sight”. Their puppy love grows stronger with time, until Pobphan actually learns to trust Leon. Although, the unwarranted breakup in the finale episode is absolutely ridiculous; I do understand the logic. Leon dreams of settling down in his hometown with his family, while Pob’s ambitions involve a lot of travel. They are clearly at a point, where their dreams don’t align. I’m hoping that the next week’s special episode will reconcile them, or I totally expect another spinoff which does justice to this adorable couple. 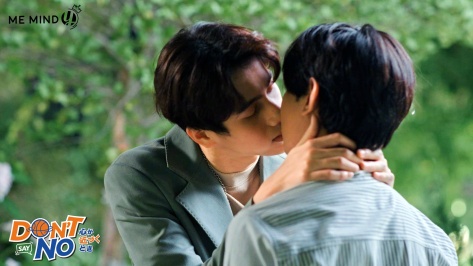 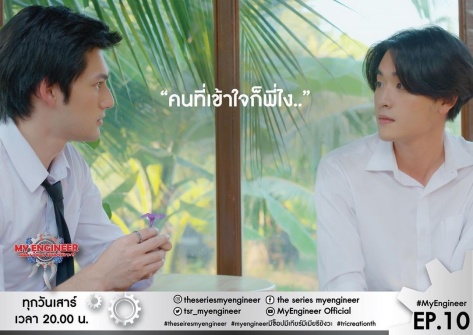 I think what made this couple even more ridiculous but fun to watch were the saowaii (aka the shippers—something I now am very wary of).

This is where my bias for Lay started. He reminds me so much of Lee Jooyoung for some reason and both of them can live rent-free in my head, all day, every day. And Perth is just so wonderful! I’m one-hundred percent sure that their chemistry was what kept me watching the entire show (otherwise, I would’ve given up a long time ago). The dynamic between King, a loud and obnoxious child, and Ram, a quiet animal-lover, may have been an overused trope to some, but I enjoyed it a lot.

In other words, precious babies.

Although I started watching 2Moons for the main couple (Earth Teerapat’s pouting is hilarious), I think it was MingKit that I was rooting for by the end of it, so much so that I’d actually stopped caring about the others. Whether it’s KimCop in the first season, or JoongNine in the second season/remake, these characters seemed to have a chemistry that was facilitated well by the plot. The actors made it seem so natural. Even though there have been times when I’ve wanted to slap Ming silly when he thinks that constantly bugging Kit will get him anywhere, they’re so cute together that I’m willing to ignore all the nonsense that he pulls.

I have only one word for you all. BounPrem.

Yes, they’re pretty much one word to me now. And they’re what I kept looking forward to every time I watched an episode. That probably explains why I’m still waiting for Between Us to air (along with thousands of other BL fans). The burning chemistry, the teasing, and the constant and nonsensical bickering between them? I’m here for all of it!

Or discount Earth and discount Bright (to borrow Yarnball’s terms).

To sit through the entirety of what seems like a Thai remake of the Indian film(s) Bodyguard (without the cishet portrayal) is a feat in itself. I somehow managed to do it because of these two characters. In the beginning, Pitch and Bank seemed at odds with each other, always getting into fights, and trading insults. But the moment Pitch started taking care of Bank is when I realised the potential of this ship. And the kiss! They deserved so much more screen time—which they didn’t get, of course (how disappointing).

I was hoping to get rid of this section because of the dearth of Secondary BL couples but in vain.

However, I do have a few more couples to mention because they’re so cute that it’d be too cruel to not give them a shoutout:

Jack and Zhao Zi from HIStory3: Trapped (they’re an adorkable couple); Keam and Ball from Nitiman The Series (where’s the screen time and better storyline that they deserved?); and Thara and Frong from My Engineer (another bickering couple I was looking forward to in the second season; it’s too bad that the some of the actors are not going to be a part of the series anymore).