Do you tend to fall in love with secondary characters in dramas? Do you find yourself looking for the secondary couples in a series rather than the leads? Are you familiar with second lead syndrome?

If you answered yes to all of the above, then you’ve come to the right place. BL Xpress’s secondary couple feature is here to take a look at each of our writers’ favorite secondary BL couples. It takes a lot to stand out in a drama promoted around the main couple, but these secondary leads managed to steal the spotlight, even if just for a moment.

Win/Team [Until We Meet Again] – Thailand 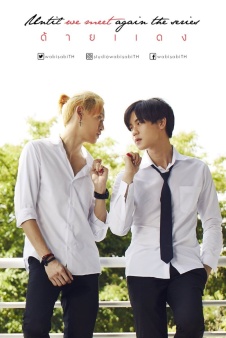 A prime example of a selfless love borne from a spontaneous hook-up, Win and Team captured my heart in the Thai drama Until We Meet Again. Although their love story takes place in the shadows of Dean and Pharm’s fateful reincarnation story, the effortless but combative way Win and Team come together still manages to steal the spotlight every time they appear on the screen. I fell in love with the security Win gave Team. Even though there’s a much bigger story taking place around them, the small gestures between them managed to tell just as big a story. From the convenience store forehead kiss to the escape Win’s bed and arms become against Team’s nightmares, WinTeam gave us the beginning of a substantial story viewers will luckily get to see in their upcoming series Between Us, an adaptation of Lazy Sheep’s novel HempRope centered on Win and Team.

There are very few stories that focus on a couple dealing with mental health issues. While there have been many dramas/films about someone becoming involved with a person dealing with mental health issues, there have rarely been projects dealing with both the leads fighting individual diagnoses. The We Best Love series gave us that with Pei Shou Yi and Yu Zhen Xuan. A former school doctor fighting an Affective Disorder, Shou Yi ends up in a complicated relationship with former student patient Zhen Xuan. Diagnosed with Asperger’s and other mental health issues, Zhen Xuan is overly sensitive but also highly loyal. In love with Shou Yi, Zhen Xuan fights to prove he can love someone despite his obsession disorder while also fighting to prove that Shou Yi can love him in return despite his Affective Disorder. Although they make minimal appearances, they stood out for me. I need more of them. I need more of their complex relationship.

Jack and Zhao Zi owned their respective roles as an intimidating gangster and a naive cop with a heart of gold. Like many secondary couples, they had little screen time, but they certainly stole my heart. Jack is a double agent, involved in a gang but also working with law enforcement. A knife-wielding henchman, he oddly felt like the most intimidating character in Trapped despite his wide grin and the kind, affectionate way he took care of Zhao Zi. There was something nuanced and complex about his character that felt deeper than the drama as a whole. The same goes for Zhao Zi. Despite his bubbly, optimistic, and friendly personality, Zhao Zi is a lonely character. He easily won hearts, which is why his breakdown at the thought of Jack leaving broke me. To see such a larger-than-life, cheerful character cry is heartbreaking. From the moment Jack lays eyes on Zhao Zi, he wants to take care of him. They had a much larger story to tell, and I still hope we get to see that story.

I’ve seen many complaints about Love is Science and how Mark and Ou Wen should have gotten their own series from the start. While I’m the first to admit I only watch the series because of them, I am glad that they are featured so beautifully in a series that isn’t expressly BL. Unlike certain countries that have yet to feature a gay couple as a lead role in anything other than a web drama, Taiwan is no stranger to featuring gay couples in mainstream leading roles. So, I feel like Mark and Ou Wen being such a solid secondary couple in this project opens even more people up to tuning into the BL projects already out and opens viewers up to gay projects in general. They are not only stealing the spotlight, they are bringing a more vast audience over to BL series and hopefully paving the way for more acceptance for the community and their own spinoff.

Although they had the least amount of screen time in My Engineer, Dr. Thara and Frong had one of the strongest original storylines in the series. Centered around an optimistic doctor focused on work and a jaded university student concerned about his mother’s health and already burned by love, their story had huge potential and is something we don’t often see in Thai BL series. They had a slow burn, mature romance that took us from a flower shop to a hospital to a campground rather than being firmly rooted inside a university. I looked forward to a love story that could have grown out of the obstacles between them, such as Thara’s job and Frong’s family responsibilities. I also liked that Frong majored in business, which is also different from what we usually see. MD and Shane shined in their roles, and I am sad that when/if the series returns for its second season, it will be without MD as Thara. I needed their whole story. 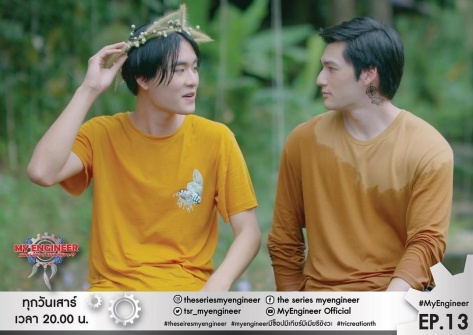 Welcome to My Engineer’s powerhouse. Although the standout couple for me was Thara and Frong, there is no denying Ram and King owned the internet when My Engineer was airing. Their ability to understand and communicate with each other without hardly speaking a word touched viewers. Ram and King are the ultimate “opposites attract” characters, blending their extrovert and introvert personalities in a unique emotional and endearing way. Considering the way the first season ended, I hope we get to see the rest of Ram and King’s journey together.

Some love stories are quiet ones, the kind that starts small but grows to be so much bigger than anyone imagined. Such is the case with Dark Blue Kiss‘s Mork and Sun. They are the quintessential love/hate relationship. Sun is determined to keep his brother away from Mork’s bad-boy influence, but during the process, Sun discovers Mork isn’t the delinquent he thinks he is. Instead, a bond forms between the two, a comforting bond that healed the viewers as much as it healed them.

Most of the time, while watching BL shows, we only love and appreciate the main couple, but there are times when the side couple steal our hearts as well. They sneak in their, while we are least expecting it. We love them just as much or maybe more than the main couple. Her are some of my favorite BL side-couples.

These two couldn’t be any more different from each other. Zhao (Kenny Chen) is shy, innocent and a very naive person, whereas Jack (Andy Bian) is very rough, straightforward and charismatic. They are total opposites and yet are perfectly matched. Zhao’s innocence is what draws Jack to him. Zhao’s complete honesty on how he feels about life is very endearing and captures Jack’s heart. I adored these two and they snuck up on me and stole my heart. Whenever Zhao needed Jack’s support, he was always there for him. The chemistry these two have onscreen was unbelievable. They are one of my all-time favorite couples in the BL drama world. Zhao’s pure innocence endeared him to me while Jack’s showing his softer side warmed my heart.

Tin and Can, Love By Chance 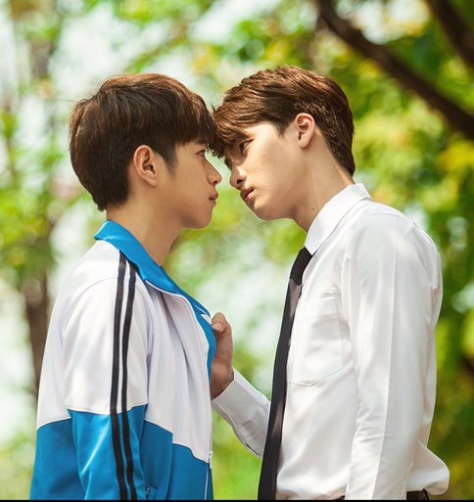 Tin & Can are truly an amazing couple. Their on screen and off-screen chemistry is equally amazing. Can (Plan Rathavit) is a very loyal friend to Ae and Pete, this is why I fell in love with Cantaloupe. Can would always defend Ae and Pete, much to Tin’s (Mean Phiravich) dislike. They go from “I truly hate you” to “I think I like you”. Their love story is adorable as Tin knows he likes Can. Can is not so sure how his feelings for Tin. Watching them made me feel sorry for Tin. Although, they have very few scenes in the first season, their story was impactful.

Ming and Kit, 2moons2 The Series

I love this couple more than the main couple, and here is why. Ming (Joong Archen) and Kit’s (Nine Kornchid) relationship starts off from rocky grounds and then eventually they fall in love very slowly. I belong to the J9 fandom and I will always support these two. Their onscreen and off-screen chemistry is undeniable. When Ming looks at Kit, you can see the love reflected back. They are a very loving and comical couple. J9 just clicked as Ming and Kit. They do struggle to be together, as Kit is stubborn and afraid that he isn’t good enough for Ming. I cannot say enough good things about these two. I was mesmerized watching their romance. To truly think that, Nine was Joong’s first kiss. I’m hoping to meet them, at any of their future events or concerts someday!

Kao and Phuri, Oxygen The Series

Kao (Boss Thanabat) and Phuri (Phu Phubeth) are truly adorable. The chemistry between them is truly undefinable. While Phuri is very quiet and unemotional, Kao is sweet and very outspoken. Once they meet it is hard to deny the fact that they will end up together. Their story is one that will inevitably have you loving them more and more as the series proceeds. Kao is a true friend to Sol and Gui, and the main couple do all they can to help Kao. I just wish they were allotted more screen time to explore this love story.

Bas and Marco, Call It What You Want S2

Call It What You Want was a truly amazing, inspiring and well directed series. Bas (Michael Kiettisak) and Marco (Daniel Chang) are the couple that sneaks up on you slowly, but when you see them together; it is magical. Bas goes through a lot of mental distress in this series, he tries to end his life and it is Marco who saves his life. Marco becomes the person Bas can trust and rely on. Marco unconditionally supports Bas, even when it seems like everyone else has abandoned the young actor. Their chemistry is very subtle but evergreen. It explodes on the screen and leaves you spellbound!

Side couples have a way of making you think the “Impossible is Possible”. Love is there if you look for it, in the right place. I could quote a longer list of my favorite side couples, but these are the above ones have a special place in my heart.