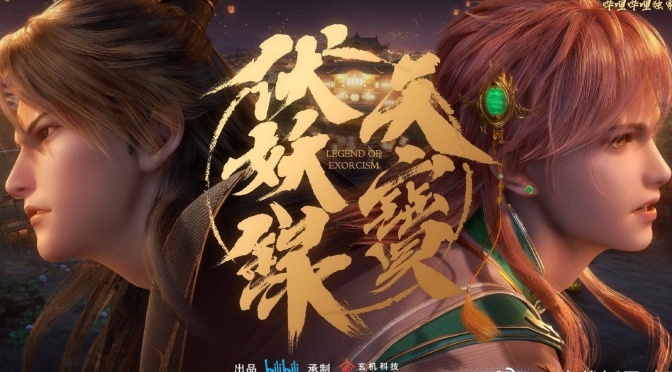 As the storyline deviates from the prequel, our heroes are forced to battle an army of undead soldiers who are hellbent on decimating cities, by spreading malice. The current season is quite resplendent with stunning visuals accompanied by remarkable CGI effects, that evoke surprise and admiration. The storytelling is intricate, as the mystique is delicately interwoven with subtle romance. Without further ado, let’s review and reminisce the main highlights from this adaptation!

With the Fox Demon Queen successfully vanquished, Li Jinglong is sent to Lingzhao to investigate a new case. Hongjun joins him on this dangerous mission, however they are attacked by an army of undead soldiers. Li Jinglong and Hongjun subdue them, but they are met with resistance on reaching the city borders. Gu Sheshan, the Prince of Xiping doesn’t believe their report and both are forced to flee from his clutches as the Prince misunderstands their intentions. Mo Rigen on the other hand begins his search for the fabled White Deer. His search leads him to Lu Xu, an innocent young man who instantly captures Mo Rigen’s attention. As both couples investigate the phenomenon behind the emergence of the undead army; they find a middle ground. Prince Gu Sheshan finally recognizes his mistake and seeks help from Li Jinglong. The Court of Exorcism work together to annihilate the undead army and catch their powerful leader. As they confront the Leader, a perilous Black Deer is conjured out of the malice spreading throughout the city. When you have to choose between the “Love of Your Life” and your adoptive Father, life becomes difficult. Despite that, Li Jinglong will always be Hongjun’s priority. Hongjun’s love for his Father, the Demon King Chongming isn’t questionable; but his devotion to Li Jinglong is unswerving. We still don’t know the context behind Chongming’s sudden ultimatum, but Hongjun doesn’t regret his choices. The current season focuses on our main couple’s subtle romance as they find quiet moments to learn more about each other. Li Jinglong’s feelings don’t change even after learning that Hongjun is the Demon Prince, instead they intensify.

They have a close-knit relationship where they become each other’s biggest support and protector. They take continuous risks to safeguard each other and their feelings are mutual. Although Hongjun is certainly more obvious about his affections and Jinglong isn’t huge on gestures; their chemistry speaks volumes. Hongjun loves getting into Jinglong’s private space, leaving our Chief flustered or jittery. It’s obvious that Jinglong is equally besotted, but he finds it difficult to express his emotions. Hongjun is so scared of losing Jinglong, that he continuously shadows him. The fact that they compliment each other perfectly on the battlefield is just an added advantage. The finale episodes was marked with heavy duty terse moments, that will keep you on the edge. Hongjun falls sick, because of the malice spreading through the city. When Jinglong is grievously injured in the midst of the battlefield, Hongjun uses his own powers to reconstruct the tattoo conjured by God Kun. In both instances, our couple hold onto each other and pole their individual strengths together. It would be difficult to find a more compatible couple than Hongjun & Jinglong.

A Match Made In Heaven! The Werewolf God and His White Deer

This season marks the beginning of the unusual romance between our werewolf Prince Mo Rigen and his White Deer Lu Xu. Revered as the Dawnstar, Mo Rigen is quite popular as the Werewolf God who helps and safeguards the common men. As Mo Rigen continues his search for his tribe’s lost White Deer, he comes across this handsome scared young man, who evokes his protective instincts. Prodding Lu Xu’s mind reveals that he is blessed by the White Deer. They become accomplices, as Mo Rigen begins to investigate the rampant mass murders. Although Lu Xu appears frail and dim-witted, he has an uncanny resemblance to Hongjun. I’m not just talking about the appearance, but Lu Xu resembles Hongjun in quite a few ways. So much so, that it made me wonder if they are twins. As Jinglong and Mo Rigen work in tandem to fight against the undead army, Lu Xu renders his silent support. In an unexpected turn of events, Mo Rigen gets infected with the same poison that turns humans into undead soldiers. Albeit, the infection doesn’t change his body stature (because he is a Demon), but he loses his consciousness. The penultimate episodes reveal that Lu Xu is indeed the reincarnated White Deer. But his powers seem to be locked away and as he slowly regains his memories, Lu Xu confronts the Demon Lords plaguing the city. Unfortunately, the Demon Lord uses Lu Xu as a bait to awaken the Black Deer. Mo Rigen regains consciousness and even in his frenzied state, rushes to rescue Lu Xu. Lu Xu renders his power of warmth to Mo Rigen. As Mo Rigen returns to normal, as our sweet couple share a romantic interlude. 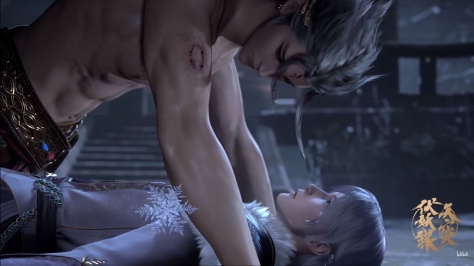 The Mystery Behind The Unknown Entities The entire season is tied together by compelling mysteries, that remain unexplored. Like Zhang Hao, the Guard of Hexi who shockingly turns out to be the Demon Lord. In continuity with the prequel, these new entities seem to be working on the same agenda- the rise of their Demon King. It is still unknown if the Black Deer that was conjured at the end of the finale episode is the reincarnated Demon King or not, but surely it’s existence will lead to disastrous consequences. The Frost Demon is another mysterious creature, whose purpose isn’t explained. She sashays around, freezing people under unwarranted circumstances, while paving the way for the current Demon Lord to carry out his devious plans. Both of them are working hard to create strong undercurrents of malice, to resurrect their Demon King.

The Leader of the undead army is the third mysterious entity, whose importance is left unexplained. I’m quite frustrated with these hidden secrets. Although the Leader’s identity is revealed in the finale episode, we are still left in the dark about his sudden reawakening. A Han Dynasty Royale and true patriot, Prince Liu has been reduced to a mere puppet status, as he tries to fight the compulsion to kill the innocent citizens in his motherland. For some reason, Hongjun is able to access Prince Liu’s memories which are painful and lovelorn. Although they manage to freeze him in the final episode, I’m wondering about the impending consequences. Will Prince Liu rest in peace or will the Demon Lord compel him to massacre people in the city of Lingzhao again?

Most Bilibili animations never fail to mesmerize the audiences with their magnificent storytelling and incredible CGI effects. The sequel closely resembles the prequel, as the Court of Exorcism chart the next phase in their journey to prevent the revival of the Demon King. Although Ah Tai and Qiu Yongsi were inconspicuous in the latter half, the Jinglong-Hongjun and Mo Rigen-Lu Xu pairings manage to turn the tide in their favor. Although the storyline diverges into unknown territory, the romance is compelling. The second season leaves us with more questions than answers. Why does Hongjun have the ability to access Prince Liu’s memories? Who is the connection between Prince Liu and the beautiful woman in his past? Why did the Demon Lord choose Prince Liu to lead the army? Although Jinglong has successfully managed to gain control over the undead army, how long can they fight the malice spreading throughout the city. Will Lu Xu regain his full powers and be able to destroy the Black Deer conjured from his divine powers?

Bilibili has already announced the third season, which will most probably premiere next year. Looking forward to witnessing the next phase of their journey! 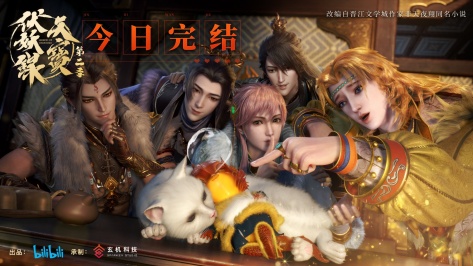