I’m a huge fan of Fantasy and Sci-Fi genre, so add in the “Chinese Bromance” tag and I’m hooked! L.O.R.D. Critical World is a popular franchise in China and the live-in action drama is a replica of their hugely successful animation series.

Written by famous Author turned Director Guo Jingming, LORD’s follows the journey of Qi Ling, a simple bartender who unexpectedly becomes the disciple of Yin Chen, Seventh Lord of the Kingdom of Xuan Cang. This drama is set in a mythical land which ostensibly ruled by the mysterious Silver Priests. The Lords and their Disciples work together to maintain peace and prosperity in the city.

I have read quite few mixed reviews about this show where most fans found it lacking as compared to the splendid grandeur in the animations. Both franchise follow the same basic storyline, but there are discernible differences. While the animation movies certainly had better CGI effects supported by a stellar star cast, the live-in action falls short because of the abysmal cinematography. Despite that, I wasn’t entirely disappointed with this drama, as the “Advantages” squared off with the “Disadvantages”. There is alot to talk about this show, so without further delay, let’s review it! 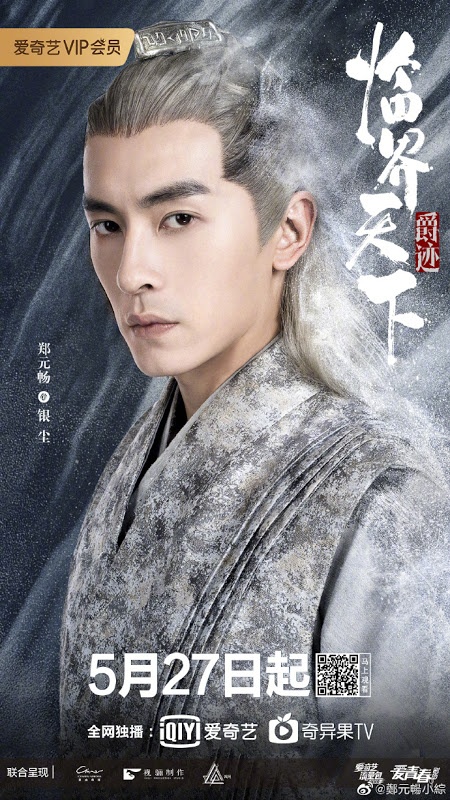 Joe Cheng plays the role of Yin Chen, the Seventh Lord of Xuangang. He has to power to revoke multiple Halidoms (weapons) and can control Quadruple Elements as well. He is also Lord Gemy’s Heavenly Disciple.

Wang Chuang portrays the role of Spectre, the Second Lord. Known as the Lord Slaughter, he is merciless and violent. He enjoys torturing his disciple and also has a romantic relationship with Lord Reya.

Maggie Huang Meng Ying plays the beautiful Shen Yin. She is Spectre’s Main Disciple and as such carries off major assassination on her Lord’s orders. 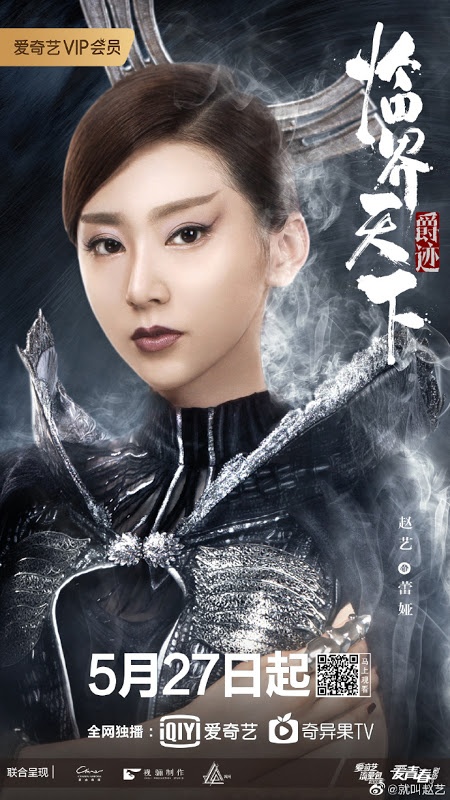 Zhao Yi plays the role of Lord Reya, the Fourth Lord of Xuangang. She has sinister personality and is always plotting against the other Lord and their Disciples.

He Long Long plays Neon. He is Reya’s Disciple. Although he is unable to speak, Neon is very fierce and powerful. Both Shen Yin and Neon are the most powerful corrupters of their generation and as such, he is insanely protective of her. 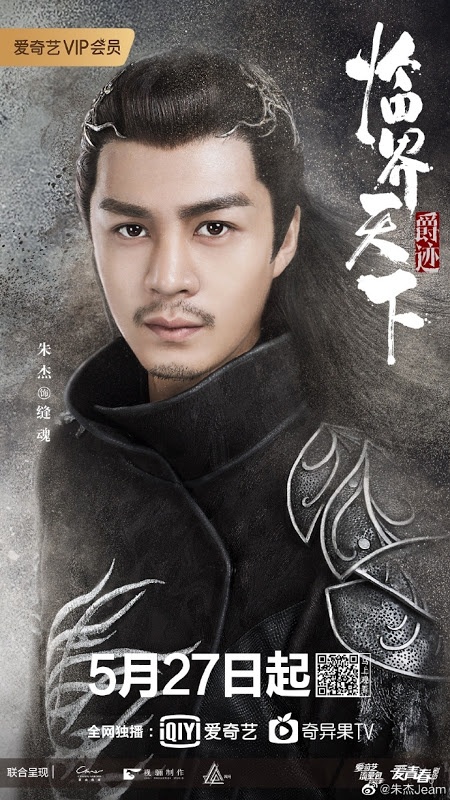 Zhu Jie plays the character of Feng Hun, the Fifth Lord. He has the ability to control and train the Beasts. He is also very protective of his sister, Lotus. 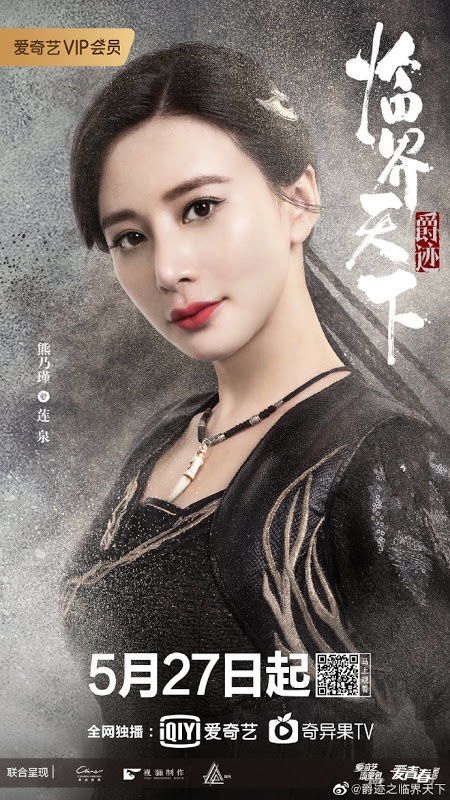 Xiong Nai Jin plays the role of Lotus, the disciple to Lord Fifth. She is very kind, warm hearted and brave woman. She also loves her elder brother and is very devoted to him.

Shane Xiao Yan plays the role of Princess Rosemary, disciple to Lord Qi Li. Her father was the Sixth Lord of Xuangang and has been missing for decades. He was also a Marquis and hence Rosemary has inherited his royal titles and wealth. She was orphaned right after birth and as such, has never met her Lord.

Liu Jian Yu portrays the role of Lord Three, Qi La. He is the Keeper of Portals and can manipulate time as well as space according to his wish. 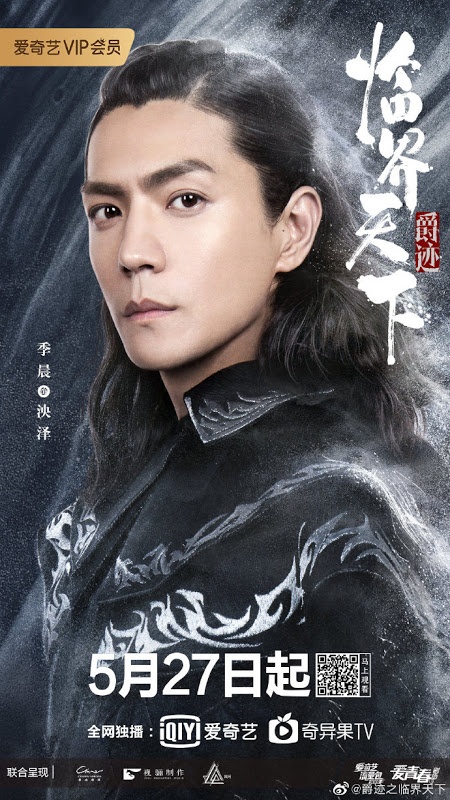 Jeffery Ji portrays the role of Yang Ze. He is the Crown Prince of Xuangang who has been living in exile after his Father, King Zujin was assassinated. He is also the Leader of the Rebel Organization, Dark Tide. Yang Ze is also Qi Ling’s sworn brother.

Xuangang is one of the four kingdoms ruled by the twelve mysterious Silver Priests confined inside glass coffins. The Royal Family is under their control and as such they rule their respective kingdoms with an iron fist. Each kingdom has seven Lords and Disciples working with the Priests, to carry out their assignments. This story begins when the Silver Priests of Xuangang select an ordinary bartender, Kylin as Lord Seven, Yin Chen’s Main Disciple. The cold-hearted Yin Chen is completely at odds with his mischievous young disciple who is far too impulsive and reckless. As their relationship develops further, Kylin learns to appreciate his Master. He also befriends the other disciples and develops a close bond with all of them. As Kylin begins his training with Yin Chen, both of them stumble across some shocking secrets related to the Xuangang Royal Family and Silver Priests. Will Yin Chen be able to protect his naive Disciple or will their enemies tear them apart?

The Cold Hearted Lord and His Naive Disciple 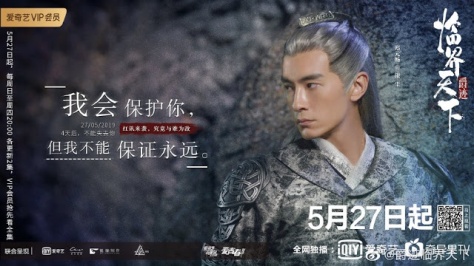 The focal point of this drama is the evolving relationship between the Lords and their Disciples. So while there are some like Spectre and Reya who love abusing and torturing their Disciples, we have the cold-hearted Yin Chen whose personality undergoes a complete makeover after he starts training Kylin. I really enjoyed watching their interactions and the actors playing these characters did a commendable job. Zhang Ming En is one of my favorite Bromance actors and as such his depiction of Kylin was quite close to Chen Xue Dong’s version of “Chiling”. The naivete, easy smiles, reckless bartering and the utter devotion to his Lord, Zhang Ming En’s Kylin will touch your heart and make you fall for this character. Kylin had more gradient shades to showcase as compared to Chiling (animation version). Zhang Ming did a wonderful job portraying Kylin’s gradual progress from being an irresponsible child to becoming the formidable Disciple of Lord Seven.

Joe Cheng’s portrayal of the aloof Yin Chen was quite different from Kris Wu’s depiction of the character. While Joe Cheng acts more disciplined and mature, Kris Wu’s Yin Chen had a more subtle and softer approach while dealing with his unruly disciple. I’m personally enjoyed watching them both and although the drama gives more in-depth information about Yin Chen’s personal issues, I’m a huge fan of both depictions.

The Undying Love and Devotion

The LORD’s universe is majorly focused on the undying devotion that the Disciples feel for their Masters. Like the two sides of the same coin, we have Masters like Yin Chen and Feng Hun who are insanely protective of their Disciples, whilst others like Spectre and Reya enjoy abusing their own. There are also several cases of romantic interludes (Lord Sixth and his wife as well Lord Qi La and his Disciple). So Kylin and Yin Chen’s relationship can be diabolically categorized as the same. It could be the scene where Yin Chen bestows his seal on Kylin and warns him that Kylin would find Yin Chen quite charming. Kylin (who has always categorized himself as straight) suddenly finds the cold and aloof Yin Chen immensely alluring. Most Master-Disciple pairings are of the opposite sex and as such Kylin and Yin Chen are a classic case of same-sex attraction. Their interactions are pretty hilarious because Yin Chen warns Kylin on “Not Getting Too Obsessed” and Kylin does the exact opposite.

For some reason, as they grow closer, Yin Chen becomes a fixture in Kylin’s life. So much so, that their relationship is quite deeper and much more intimate as compared to the others. Yin Chen slowly thaws and becomes more amicable while Kylin endeavours to become the “Perfect Disciple”. They put each other’s safety before everything else and as such Kylin is far too attached to his Lord. Even when Yin Chen sacrifices his own life to save his own Mentor, Kylin decides to step down from his new responsibilities to search for Yin Chen. Their love and devotion for each other is memorable and frankly I’m hoping for a sequel, simply because I want to watch Kylin reunite with his “Wang Jue”. 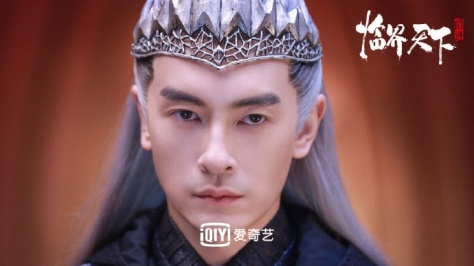 The Intriguing Sismance Which Turned Bitter 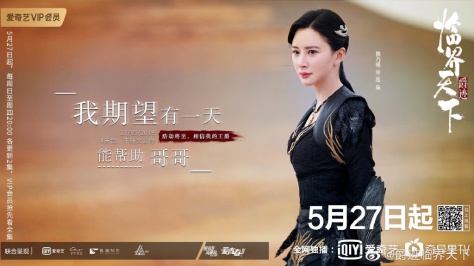 There cannot be two characters who are so different and yet so perfect for each other. Rosemary is the entitled Princess, self-centered and completely spoiled. Lotus on the other hand is disciplined, warm-hearted, kind and brave. Their journey begins with major disputes when both of them get stuck with Kylin in the Mound. Rosemary (who has a slight crush on Kylin) considers Lotus as a major adversary for Kylin’s affections. Along the line however, their relationship undergoes a major change as Lotus’s caring nature thaws Rosemary’s heart and she becomes emotionally dependent on her. This was another relationship that I thoroughly enjoyed because Rosemary is a very complicated character. Orphaned at a young age, she desperately seeks love and attention. Lotus becomes her family and gives her the required assurances that bind them together. So, I was pleasantly disappointed when the scriptwriters took a detour and drove this romance off the cliff. Despite her unfounded hatred for Lotus in the penultimate episodes, the fact remains that Lotus is indeed important to Rosemary.

“The one I hate the most, I’m dying for her. Despite that I feel Happy”.

Her love for Lotus is reflected in her dying proclamation, as Rosemary sacrifices her own life to protect Lotus. Lotus on the other hand vows to revive Rosemary, as she patiently waits for the return of her bratty Princess. A sad love story indeed! 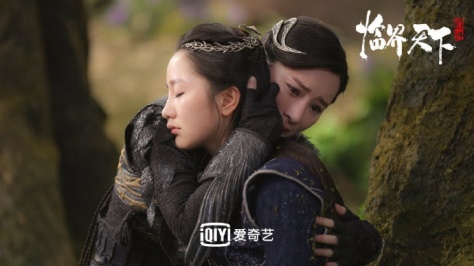 I read alot of comparisons between the live-in action and the animations. Frankly, I love both versions because although the base concept and storyline are similar, there are hell alot of disparities as well. You Ming and Thalia (Lord Second and Fourth in the animation) seem more somber when compared to Reya and Spectre. Their romance borders on violence as well as sinister plots and despite that both versions manage to preserve their love for each other. Their Disciples on the other hand have entirely different storylines. While the animation fails to do proper justice to these two strong characters, the drama version gives us a more detailed description about Shen Yin’s personal demons and her journey as she progresses from being a mindless assassin to Kylin’s true friend. You feel sorry for Neon because his unrequited love for Shen Yin knows no bounds and that ultimately leads to his untimely demise. The actors portraying these characters have done a remarkable job predicting their remote emotions and despite being supporting roles, they are relevant to the plot line as well. 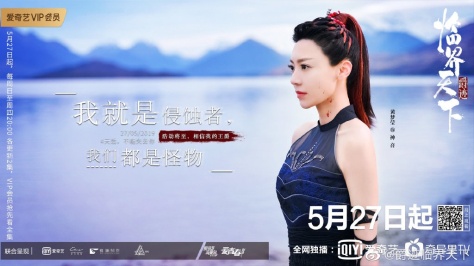 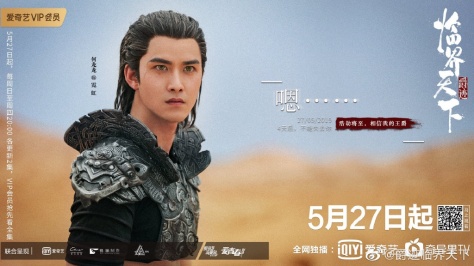 Feng Hun is one of my favorite characters. His close relationship with Lotus is heartwarming. Feng Hun’s honest convictions and strength put him on a pedestal. The fact that Yin Chen considers Feng Hun as his close friend is a huge deal. Watching him sacrifice his life for the greater good was difficult, but I respect his choices. If there is one character whom I grew to respect and adore, then it was definitely Feng Hun.

Qi La on the other hand is an intriguing character. He is solely loyal to the Silver Priests and despite being given a chance for redemption, he still chooses to follow their evil convictions. Liu Jian Yu’s portrayal of Qi La will leave you wounded because he is an honest person lead astray by the Silver Priests. I personally preferred Liu Jian Yu’s Qi La than Wang Duo’s (animation version).

Overall, L.O.R.D. Critical World relies on an extended description of its characters and their tribulations as against the movie version. In some parts, the drama seems to drag alot but don’t let that deter you from experiencing this fantasy world. Since the show ended on an obvious cliffhanger, I’m surreptitiously hoping for a sequel. Fingers crossed!